10 Most Popular Electron Apps of 2019 - Wiredelta
Skip to content

Do you miss Windows 95? For all of you out there, we have great news! You can run Windows 95 on your desktop and play all the vintage games that come with it as well as get creative with old-school Paint. That is possible because of the Electron framework.

Windows is just one example though of how Electron can be used to build applications (or apps) for desktops and laptops. Before we go any further with the best-electron-apps list, we should first explain what Electron actually is.

Electron is an open source framework that lets developers build cross-platform applications using web technologies that developers are already familiar with where you may create and customize open source image editors. To get more specific, for the back-end Electron uses NodeJS and conventional client-side languages like HTML, CSS, and JavaScript together with Chromium for the front-end. Moreover, the framework holds an MIT license and is maintained on GitHub with a large group of active developers contributing to Electron almost daily.

Some of the advantages of Electron is that it can be used on all operating systems, including Linux. Furthermore, developers don’t need to learn any new programming languages, lowering the barriers to develop a desktop application. Electron also provides automatic updates, various OS integrations, including media keys, tray applets, and more.

However, nothing in the world is perfect, and neither is Electron. Some of the downsides include – high memory usage, large download sizes and some apps may have poor quality. Despite all that, the active community on GitHub is continuously trying to make the framework better with constant updates.

On the bright side, the advantages of Electron definitely overcome the disadvantages and that’s why we have created a list with the 10 most popular Electron apps to prove that. Let’s have a look…

The 10 most popular Electron Apps

VS Code is a powerful code editor developed by Microsoft. It is an open-source cross-platform tool and since its release it has become very popular among developers.

Microsoft’s code editor is famous for its speed and small memory usage. Moreover, it supports the most used programming languages and has tons of available extensions. VS Code works with Python, Java, C, JavaScript, Objective-C and PHP, just to name a few.

VS Code’s best feature is IntelliSense. It highlights mistakes in the code in addition to providing tips on how to fix them, which save a lot of time for developers. Furthermore, developers can customize the editor by adding extra functionalities and keyboard shortcuts as well as change the editor’s theme.

Slack is maybe one of the most famous Electron apps. It is a cross-platform productivity app revolving around chat that is used by a lot of big companies. It is so popular that Slack recently went public. The app is highly responsive and therefore is perfect for different work activities, especially for communication.

The cool part about Slack is that users can connect their profile with other platforms and apps such as Trello and Google Drive. In addition, the Slack bots can help you increase your productivity by taking care of repetitive tasks for you.

Contrarily to Slack’s website UI, the Slack app comes with a rimless interface and fast performance. As we said, the Slack app is a cross-platform app that combines the rendering engine from Chromium, the NodeJS runtime and module system. Putting everything together provides the user with an outstanding experience.

Tusk helps you keep your notes organized and it comes with a lot of cool features. It is a refined Evernote app that runs on all operating systems, including Linux. That makes it the perfect note-taking app for Mac, Windows and Linux users. In addition, it has 70+ shortcut keys, which help you navigate faster. You can also export your files to PDF, HTML or Markdown Files and have them everywhere with you. On top of all that, the app has night and focus mode to help you concentrate and protect your eyes.

Mailspring is a very useful email client to have. It supports several email accounts like Gmail, Office 365, Yahoo, and IMAP/SMTP. In other words, it allows you to manage all your email accounts from one place. Amazing, isn’t it?

But that’s not all. It also comes with a fast email, search function, translation tool, unified inbox, signature support and more.  However, the best part is that you can add pro features like read receipts. In this way you will know when your email has been read from the person you sent it to. Because of all that, we can safely say that Mailspring is one of the best email-manager apps for all operation systems.

We highly doubt that there is a person with internet access, who hasn’t heard or used Skype. You may not believe it but Skype also uses the Electron framework.

Still, for those of you who might have not heard about Skype before. It is one of the oldest messaging apps owned by Microsoft. It might not be as popular as a few years ago, but there are still a lot of people and businesses that use the app. The ones who use it the most, are people that live abroad and are separated from their families. That is so, because Skype allows people to have free video calls as long as you have internet connection. What’s more, it is still the best app for private and conference video calls for the individual users.

After introducing Skype in the most-popular-electron-apps list, it is time to give an example of a messaging app for gamers. Meet Discord, the free video game messaging app, which is similar to Slack mentioned earlier.

Discord has over 200 million users and is seen as a must-have tool for sociable gamers. It allows you to participate in chat channels, send text, images or videos to other users as well as make audio calls. Additionally, thanks to Electron, Discord runs on all major desktop operating systems.

Another cool Electron app for gamers and streamers in general is Streamlabs OBS. It is a free, simple, and efficient live broadcast software. Streamlabs OBS has actually the fastest set up process on the market. In addition, it includes tools to help you grow and monetize your channel like the tip jar and donation ticker widgets.

WordPress is the most popular content management system (CMS), powering more than 35% of all websites on the internet! The open source CMS is mind boggling large, which is why we collected 7 of the most mind blowing facts in a separate article. To manage content on this vast amount of websites, the WordPress team has developed the WordPress Desktop app that also uses Electron framework.

Usually, people access WordPress through their browser. But the WordPress Desktop app is designed so that people don’t get distracted from all the open browser tabs. It is an open-source framework, which allows users to manage their content flawlessly and effortlessly. Users can also use the desktop app to manage and update their websites’ plugins, receive notifications and promote their posts. Most importantly, as all cross-platform apps, it runs on all operating systems.

Guess what? The most downloaded messenger app, WhatsApp, is also using Electron and NodeJS. It is an open-source messaging client that runs on Mac, Windows and Linux. Furthermore, some of the features that it offers include native desktop notifications, keyboard shortcuts, support for custom CSS stylesheet, and more.

Last, but definitely not least in the list is the Atom app. It is the text editor that every developer should use, and surprise surprise, Atom is connected to Electron. The story goes that previously, Electron was known as Atom Shell. Atom supports different packages which allow you to turn it into an IDE. Moreover, it is highly customizable with a great variety of built-in themes. Atom also makes version control super easy with git embedded. Using packages like Teletype, collaboration becomes super easy, allowing developers to share workspaces and code with other fellows.

Towards a better Electron framework

Here at Wiredelta, we believe that the future of application development is cross-platform frameworks, like Electron. Particularly open source cross-platform frameworks. Soon, updates are being implemented moving Electron from Electron 4 and 5, with a wealth of new features. We will keep those updates for another time and another article, so until then, stay updated and subscribe to our newsletter. 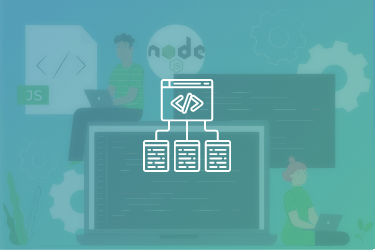 10 Most Popular NodeJS Frameworks of 2021

Every year, we share with you the most popular NodeJS frameworks available, that make developers’ work so much easier. Just as a quick reminder, Node.js a.k.a. NodeJS, was first introduced in the year 2009 and 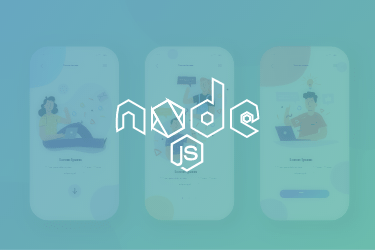 Welcome to this year’s list of 10 Most popular NodeJS apps. In recent years, NodeJS has gained a lot of popularity. In fact, a large number of companies choose NodeJS to create an effective digital 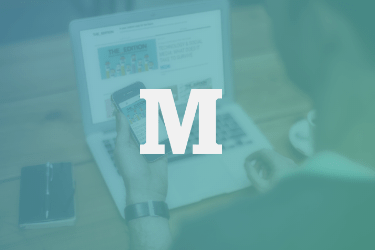