10 Most Popular NodeJS Apps of 2020 - Wiredelta
Skip to content

Okay okay, we know you have been blasted with articles on NodeJS, how wonderful JavaScript is, and how JavaScript is literally taking over the world of web development. There are good reasons for this, with the largest tech companies and internet applications adopting NodeJS in their tech stack, big time. This is why we wanted to list the most popular NodeJS of 2020, but first, what is NodeJS again?

What is NodeJS again?

To avoid dragging things out, long story short — NodeJS is an open-source server-side runtime environment built on Google Chrome’s JavaScript V8 Engine, created for building fast and scalable internet applications. In other words, it is simply a JavaScript runtime, providing developers a lightweight, fast, and modern way to execute code on their local environment.

With that out of the way, without further ado, here comes the 10 most popular NodeJS apps out there…

In a recent article on how was PayPal developed, we explained how PayPal went from an online payment service predominantly built on Java to a payment platform powered by NodeJS. The platform enables its users to transact with each other online quickly and easily in more than 100 currencies across more than 200 markets. As of 2015, the service has over 184 million active users, using NodeJS for their user-facing side of its web application: 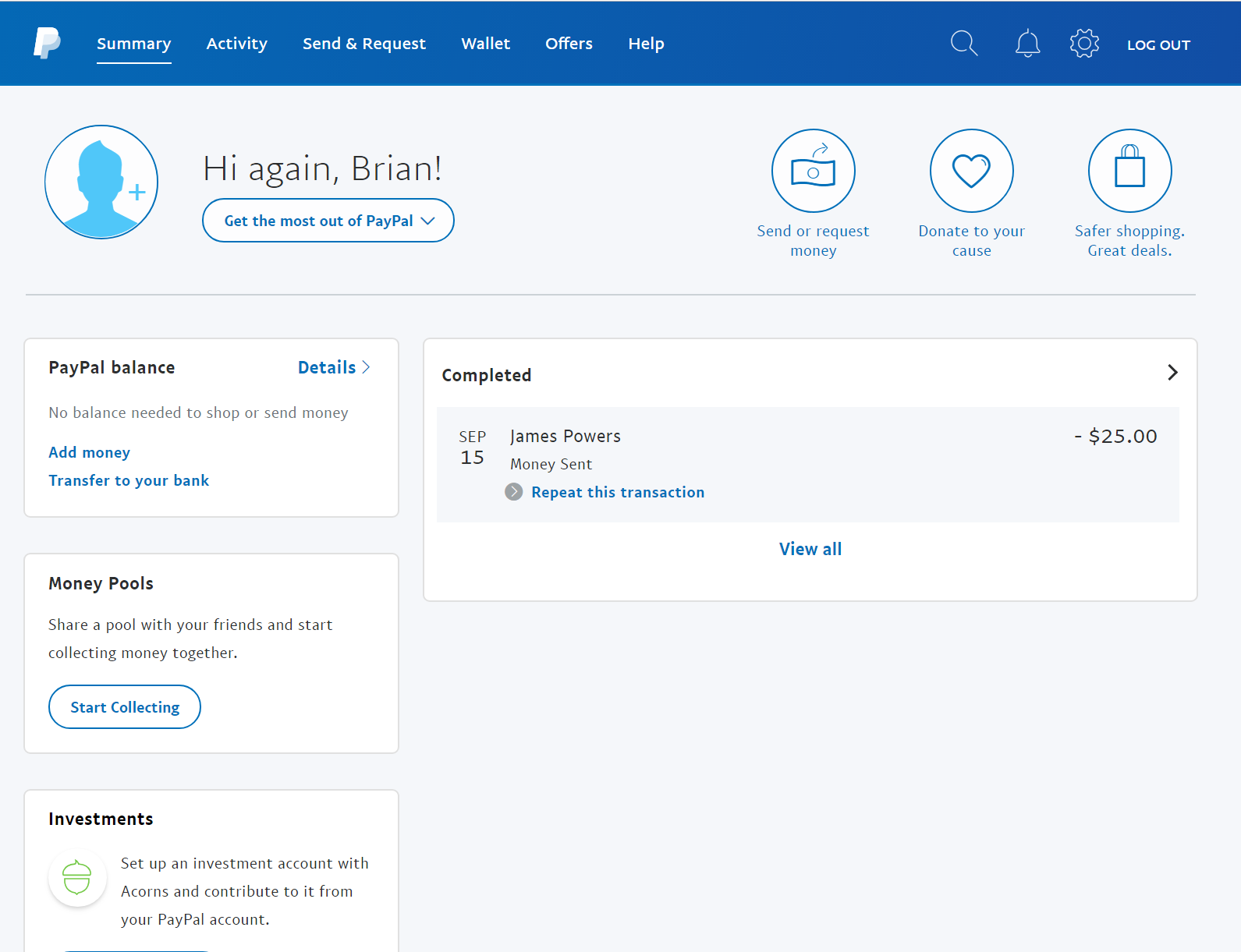 “NodeJS helps us solve this (boundary between the browser and server) by enabling both the browser and server applications to be written in JavaScript. It unifies our engineering specialties into one team which allows us to understand and react to our users’ needs at any level in the technology stack”.

According to Brainhub, the NodeJS efforts has provided PayPal with great technical returns, loading the web application almost twice as fast with fewer people, in 33% fewer lines of code, and 40% fewer files compared to their previous Java-based application.

Netflix is the world’s largest provider of video streaming including movies and series, available in over 190 countries. As of April 2016, Netflix reported over 81 million subscribers worldwide, with more than 46 million in the U.S itself. 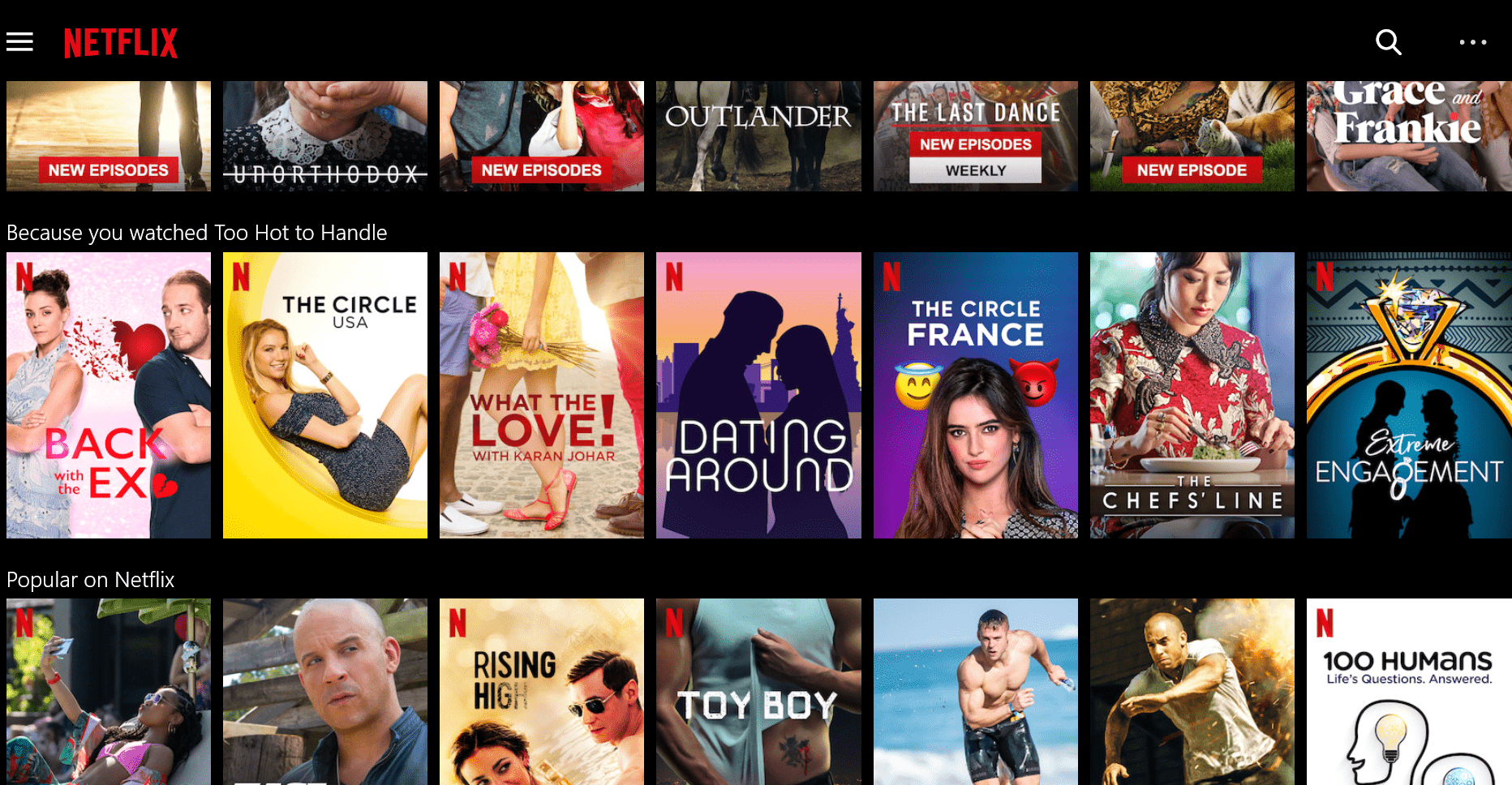 As explained in how was Netflix developed, the whole user interface on Netflix.com is built with Node. The engineers decided to use Node.js in order to deliver a blazing-fast, modular, and lightweight application. Accordingly, Netflix’s web app load time has been reduced by 70%. Node.js has proven to be an effective solution, so the company decided to move the entire data access layer to Node.

LinkedIn is a social network that mainly focuses on professional networking and career development. LinkedIn has over 675 million members in 200 countries and regions worldwide and is currently available in 24 languages. And guess what? Node.js powers the server-side of LinkedIn’s mobile app.

The new mobile app is with better performance, consume lower memory, and is 20 times faster than the previous Ruby on Rails-based version. Furthermore, resource utilization was greatly improved, cutting down the number of servers needed to run the mobile app by a factor of 10x!

Uber is a transportation network company best known for their ride-hailing taxi app. Implementing a different business model, the company changed transportation forever. Today, Uber is available in 85 countries and over 900 cities worldwide, completing more than 14 million trips every day.

Uber was one of the first companies that adopted Node.js into full production as it built a massive matching system on Node.js. Accordingly, Uber’s app drastically improved its performance, processed information quickly, boosted up the operational speed of the application and the errors could be addressed immediately without requiring a restart, all because of the tech choice of using Node. 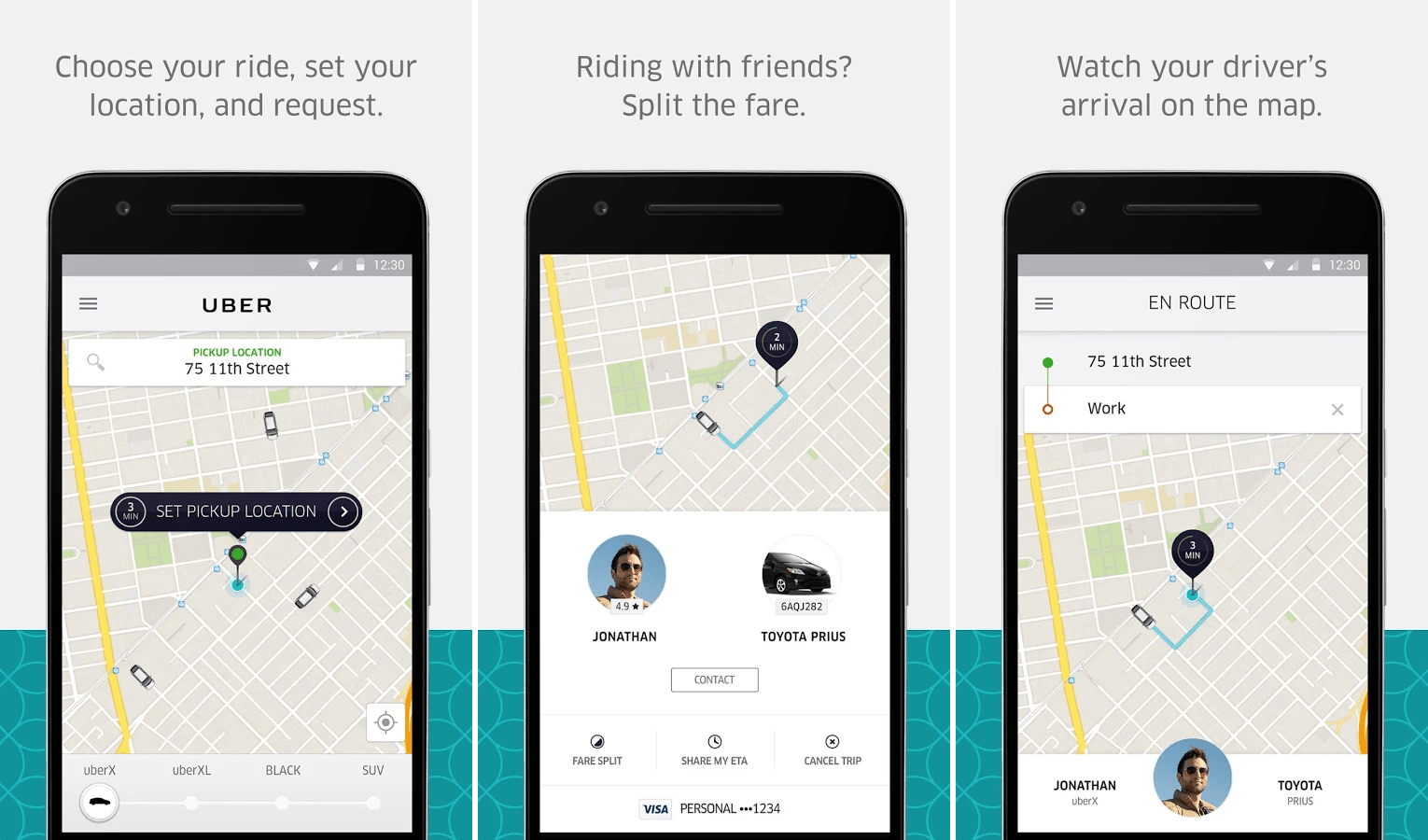 eBay is an American online shopping website, best known for its auctions, consumer to consumer, and business to consumer sales. The total users of the e-commerce giant have increased dramatically, and by 2019 surpassed 183 million users.

Node.js is part of the eBay’ tech stack. To the question why they chose Node.js, the Principal Web Engineer at eBay, Senthil Padmanabhan, says:

“We had two primary requirements for the project. The first was to make the application in real-time as possible–i.e., maintain live connections with the server. The second was to orchestrate a huge number of eBay-specific services that display information on the page–i.e.”

After the switch to Node.js, eBay improved its speed and simplicity, scalability, as well as transparency and control.

Yahoo is an American web service including services such as search engine, mail, news, and finance. The company uses Node.js as to defelop their content sites and single-page applications.

“You can make it scale, and it’s very performant, and every property that we’ve moved over to the Node.js stack has seen an increase in performance”

When moved to Node.js technology, Yahoo improved its performance, scalability, and it was able to manage more than 25,000 requests per second.

Mozilla uses Node as a primary language for various web projects. One of the most popular web browsers in the world, Mozilla Firefox is a great example of the Node.js app. 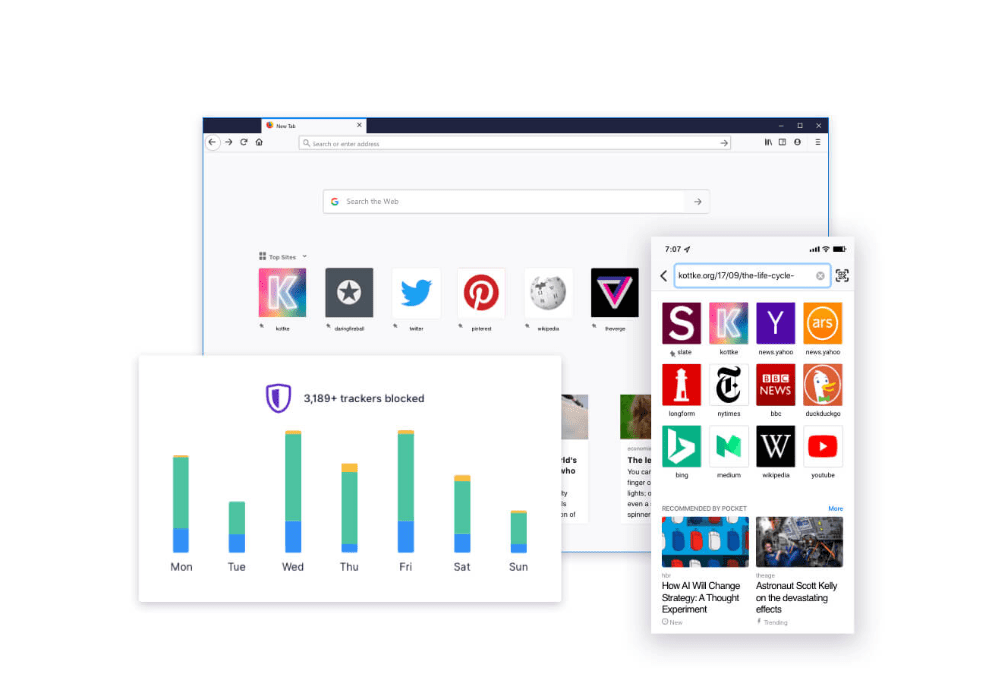 As for the reason behind, Mark Mayo, Principal Engineer at Mozilla says:

“We concretely decided to do Node for two reasons: One was the memory footprint” and “it was advantageous to be able to use the same language on the server side as well as the client side.”,“ It’s super empowering for the whole team”

GoDaddy is an American publicly traded Internet domain registrar and web hosting company. In 2019, GoDaddy had 19 million customers and over 9,000 employees worldwide. In fact, the company’s entire backend is based on Node.js infrastructure.

Launched in August 2012, Medium is an online publishing platform that leverages NodeJS for its web servers. Medium has between 85 and 100 million monthly active users and thousands of articles emerge each week.

Medium uses NodeJS in order to create web servers that can serve a rich set of content to the users. Likewise, the company speeds up deployment times up to 15 minutes, which adds up when you as a developer needs to deploy multiple times a day!

Groupon is an American global e-commerce marketplace that connects subscribers with local merchants by offering different deals each day for local goods and services such as restaurants, theatres, and retail stores. In 2019, the business had 43.6 million active users. 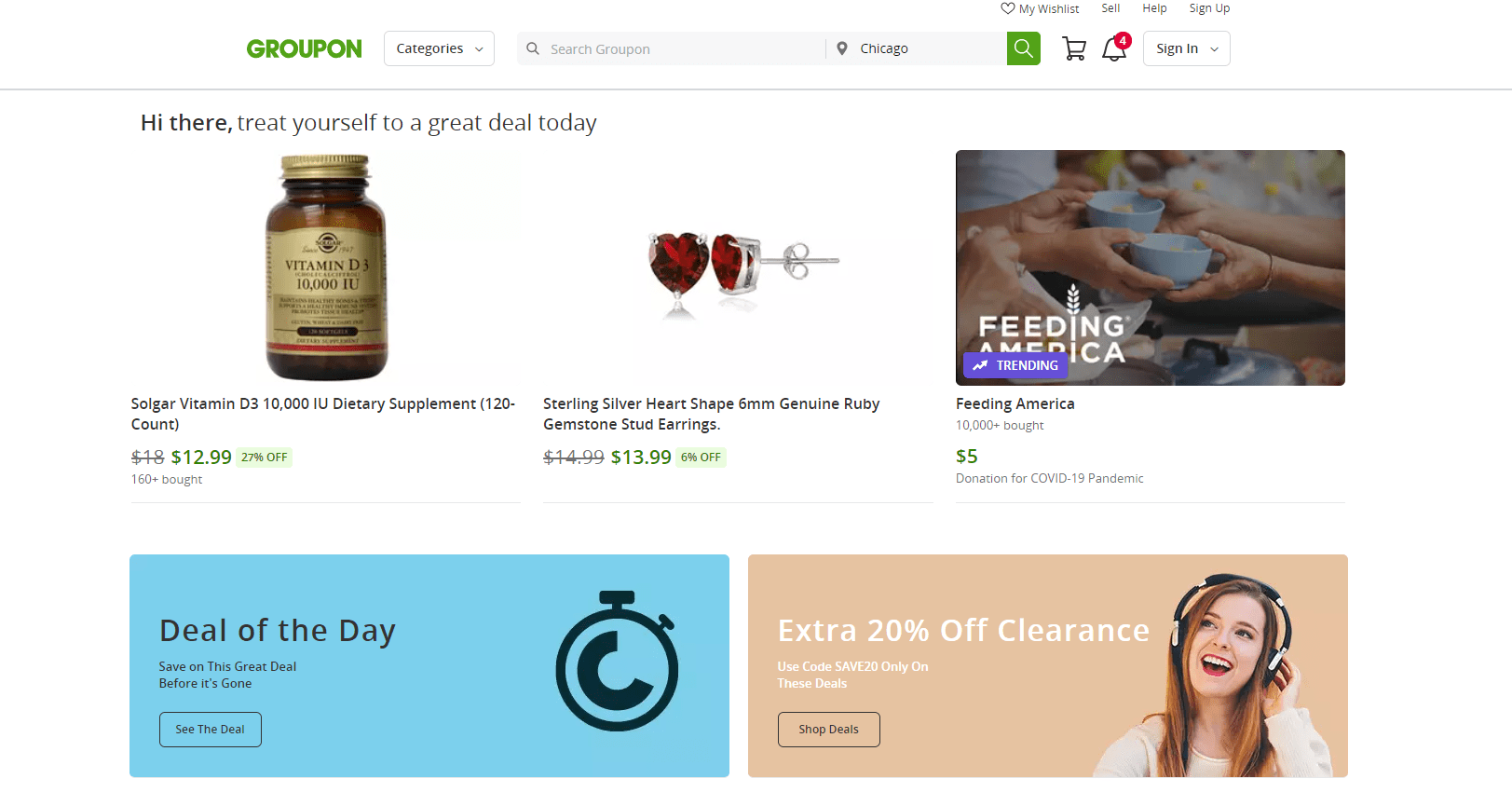 In June 2015, Groupon migrated the whole web and mobile traffic from a Ruby on Rails stack to a new Node.js stack. As a result, the company serves the same amount of traffic with less hardware compared to the old architecture. Additionally, teams make changes to the application independently and quicker than before.

There are many big enterprises using Node.js on the backend of their applications because of its advantages such as high performance, easy scalability, highly extensible, and better efficiency.

If you also consider building a Node.js and you are looking for specialists to perform your future project, don’t hesitate to reach us, and let’s transform the idea into a rock-solid product. 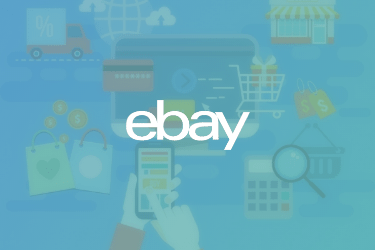 Ecommerce platforms like eBay and Amazon are crucial in our daily lives, especially during times of global pandemics like the COVID-19. Through these platforms, we get the essential supplies, like ramen noodles and toilet paper