For decades there has been tremendous advancements in the web development industry. More specifically, there is a tendency in the developer community to converge towards one programming language.

More and more developers are using JavaScript to build their web and mobile applications, leading to more and more JavaScript frameworks available. A powerful set of libraries is NodeJS, which allows developers to build servers and backends with JavaScript. This article will give you a broader perspective of the 10 most popular NodeJS frameworks of 2020.

Before we dive into the most popular NodeJS frameworks, let us uncover the basics about the technology.

NodeJS or node.js, commonly referred to as Node, was created in 2009 and is used as a runtime environment for executing JavaScript code outside the browser, most often on servers. Node is mostly used to build back-end services because of its high-speed and scalability. It is also used by many big organisations such as PayPal, Netflix, Uber, and more. According to PayPal, NodeJS provides them better performance as twice as fast with fewer people, 33% fewer lines of code, and 40% fewer files.

Furthermore, NodeJs  frameworks help developers build high-quality apps with great performance. The ten most popular NodeJS frameworks will help your work to be flawless when building your next NodeJS-powered applications.

Now let’s begin with the lists.

With the hype around Node.js there has been a slew of frameworks introduced, some of which are making waves in the market as well as the developer community. Here is a look at the most popular ones.

Express.js is a node.js framework that’s designed for a developer to develop, build and run web apps quickly. The popular platform for developing node.js apps is now being extended to become a framework for building any other web app. But, a lot of developers have found it difficult to work with this. Because of its event-driven nature, when developers start reading instructions on how to do it, they will start to write all the code in callbacks which makes it difficult to maintain in the future.

Hapi.js was developed by the Walmart Labs mobile team. Hapi was originally used for the ExpressJS framework. And because of some limitations in the express.js framework, Hapi was created as a stand-alone framework.

Hapi.js is an open-source and a strong framework used for developing APIs. Hapi.js have many features that developers can benefit from such as compatibility with social apps and real-time chat applications, configuration-based functionality, error handling and more.

Many huge companies are using the Hapi.js framework because of its exceptional functionality. According to Jean-Charles Sisk, Engineering Architect at PayPal:

“Hapi is the solid foundation powering our open source npm proxy that has served millions of requests without issue. With a solid plugin architecture, hapi has proven the ideal choice for some of our frequently changing internal tools.” 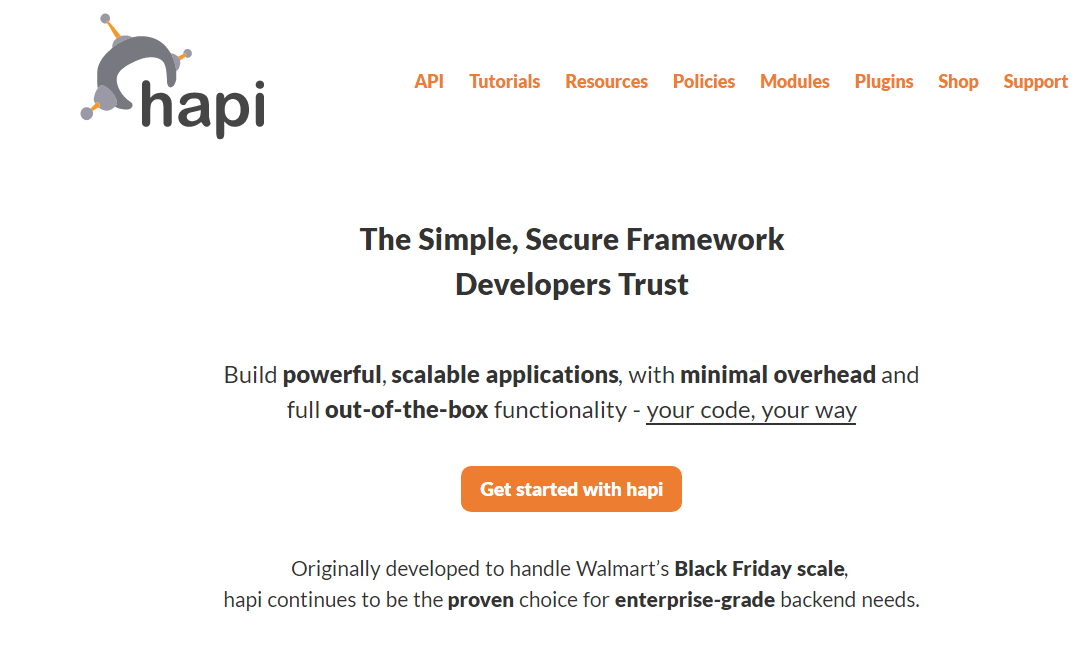 Socket.io was made in 2010 by Guillermo Rauch. It is a very popular platform for creating web services that can be run in the browser. Socket.io provides real-time, bidirectional, and event-based communication. Many businesses use this framework including Microsoft and IBM. It is written in node.js and uses HTML5’s WebSockets to communicate, and the socket.io library is used for client and server. 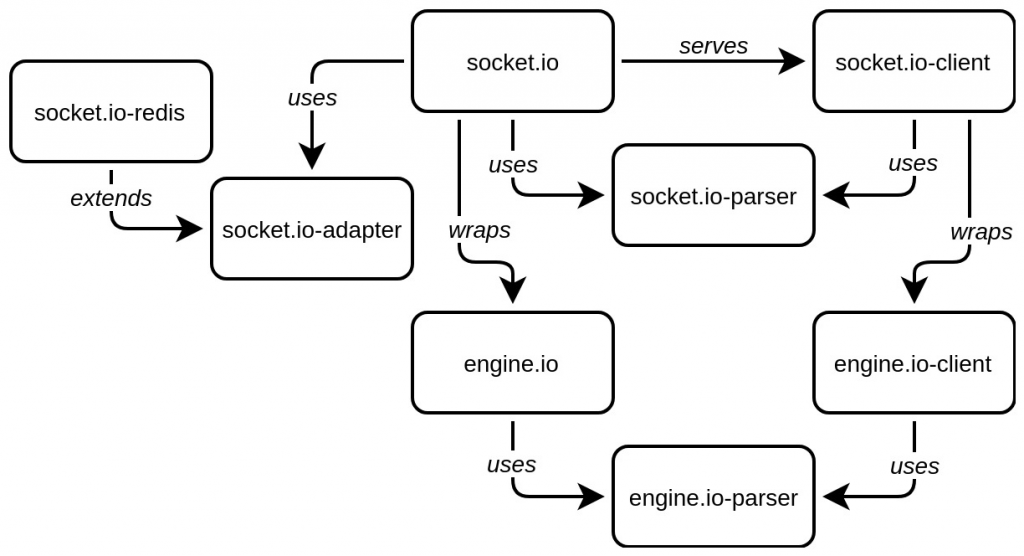 Sail.js was released in 2012 by Mike McNeil, it is a Model View Controller (MVC) web application framework and authorizes a user to build an enterprise-ready application. MVC is a software design when organizing your codes, it is often used for developing the user interface. Sails have embedded features like API creator, and its socket integration which makes it very useful and speeds up development. Many industries use sails.js. However, below you can see that the software industry is the most popular in utilizing this framework. 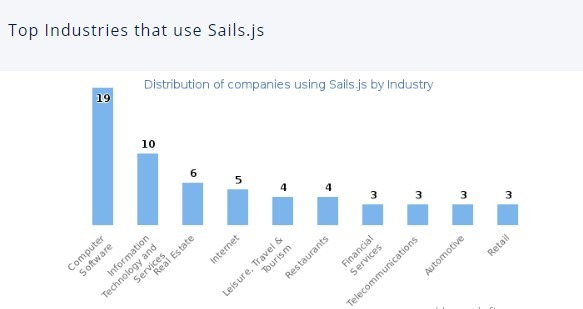 Koa.js was made by the team that also develop express.js, it is considered as the future generation of the node.js framework. The purpose of koa.js is for building client-side web applications. Koa.js allows a client to access features such as event delegation, callback channels, events, and to execute asynchronous code. The highlight and tools delivered by koa.js are to support programmers to accelerate the development of web applications and APIs.

Nest.js is an open-source progressive node.js framework used to build scalable server-side applications. It is written in typescript and inspired by angular.js. Angular is based on JavaScript, it is an open-source front end web framework, used by many organisations to resolve different challenges when developing single-page applications. Nest.js have many advantages, it offers simple coding experience, user friendly and seamless data streaming.  To know more about this framework, here’s a video for you.

Total.js is an advanced and modular node.js framework written in pure JavaScript. It is a tool in the microframeworks group. There are several versions of total.js which include a user interface for mobile devices, one of the examples is Total.js Eshop, one of the top node.js e-commerce systems. What makes total.js special? It delivers many features such as offline documentation, support file merging (HTML, CSS or JavaScript), and provides full web server functionality with excellent performance and stability.

Derby.js is a full-stack framework which makes it simple to compose real time, shared applications that run in both node.js and browsers. Derby is considered as MVC framework which is used for making constant versatile mobile and web applications. The main features of it is its synchronization across clients and servers.

LoopBack is one of the famous and mostly used node.js frameworks. It has an easy to use CLI and API explorer that is dynamic. There are different features of loopback such as the better connection between different devices and browsers, runs on its property, and usage of android, iOS and angular software development kits for creating applications.

Meteor is for building modern web and mobile applications. It is considered a full-stack JavaScript platform. This framework is simplified between the app and JavaScript. Its features are, it gives real-time updates, easy to understand for the developers, and organized documentation.

So, now you know the main basis on why these frameworks are making waves in the market. There is no doubt that these are some of the hottest names in the industry. You should go get started with your next project and find out which framework will best suit your needs. If you need guidance, contact us and visit our website. Let’s talk about your future project.