Prototyping has now aligned itself with our lives. A good prototyping tool can help convey your impression, create a bond between you and your clients, and in return, the work becomes much easier and faster than before.

With the multitude of prototyping tools available in the market, here is a list of the top 10 most popular prototyping tools to design software in 2020. We made this list with the focus on the efficiency, ease of use, and definitely keep your budget in check.

Mockitt is not only a prototyping tool that supports rapid prototyping on the cloud, but also a collaborative platform where the team works efficiently.

Mockitt aims to simplify your design prototyping process and ensure a shallow learning curve for any users. With Mockitt’s intuitive interface and abundant resources (including icons, components, templates and prototypes), users can quickly and simply create prototypes.

Mockitt is available for online, Windows, Mac and Ubuntu users. 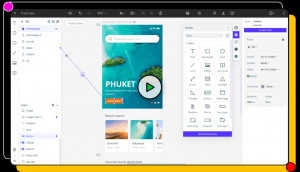 Axure is the most efficient prototype that does not require you to write a single line of code. Statistically, nearly 80% of the Fortune 500 companies use Axure for its powerful, robust, easy to handle dynamic content, animations, adaptive views, conditional flow, data-driven, math functions, while creating your own UI designs.

The best feature of Axure is its single click through diagrams and other features without writing a single piece of code.

Another feature that makes Axure a popular prototyping tool in the market is that you can share content and collaborate with multiple people very easily. Just a click and Axure lets you publish all the diagrams and prototypes through a link and your client will be able to view it on his/her own browser. This helps to save a lot of time and create team projects easily.

Axure is available both on Android and iOs on mobile applications.

Sketch is another popular vector-based prototyping tool that is extremely lightweight. Some describe Sketch as a combination of Photoshop and Illustrator. The tool provides uncountable artboards right on your plate. The main disadvantage is that there is no feature to collaborate with teammates, however, to compensate for it, there are numerous features available that make designing and prototyping very easy. It is simple to transition between design artboards and add animations with just a couple of clicks.

The downside of Sketch is that it is not cross-platform and exclusive to Mac only users. Hence, sharing becomes a bit difficult.

Price: If you are interested to buy the software, Sketch is available at flat $99 per user per 1-year updates and saving to Cloud. Optional renewal is then $79 a year.

Figma is a relatively new prototyping tool having a similar but more advanced interface than Sketch. It is a more pocket-friendly version of Sketch. The differentiating factor being its ability to collaborate with other users. Multiple users can design, prototype, develop, comment all in real-time making the work more lucid and highly efficient. Figma provides easy access to combine layers of design, scale them, use vectors, and Boolean operations. Figma is a web-based tool that is free for initial use.

Price: You can create up to 3 projects for free and then you can upgrade for further use by paying $12 per user per month with access to unlimited projects and other team features.

Adobe is a well-known software across the market. All the apps procured in the market are inspired by Illustrator and Photoshop, which was originally created by the Adobe suite. Adobe was meant to be used for UX prototyping. The software is jam-packed with loads of features used for wireframing to designing and prototyping. While designing you can use numerous features like using simple vectors and textbox tools. For prototyping, you can share and also preview your design in the app.

Adobe is compatible with Mac and Windows users.

Price: Adobe XD is free with limited project files, and then $9.99 per user per month if you have more projects. 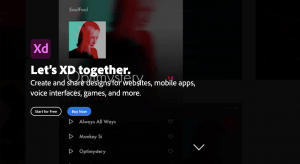 Framer X is a pretty innovative prototyping tool which is lightning fast in actions bringing your ideas and designs to life. This is a 3 in 1 tool kit where you can design, prototype and develop all in one environment. The graphics in Framer is considered to be very interactive and responsive.  Framer provides enhanced features like scrolling, drag and connects, push, and overlay features to draw moving design objects that are connected to the layer with no such limitations. Framer provides a plethora of UI kits and other resources to frame all types of prototype designs.

Framer X is more suitable for experienced users and developers but even if you are new to Framer, it is worth giving a try!

Price: Framer is available for personal use at $12 per month. 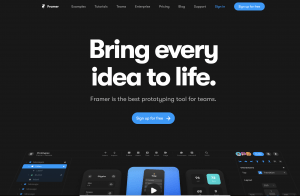 InVision is one of the widely used tools comprising of all the necessary features to wireframe, design, and prototype. It is effortless to convert static designs into more interactive prototypes, share the workspace and get feedbacks, share comments and see changes made within the project by your team members all at the same time making it fast and efficient and hassle-free for usage.

It is compatible with both Mac and Windows users.

Price: In addition to all the salient features available, InVision Studio starts free to use for one active project. Other plans include Pro for $7.95 per user per month or individual enterprise. 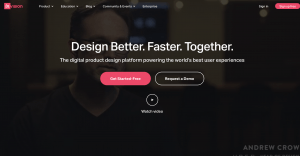 UX Pin is a prototyping tool available where you can document, design, prototype, wireframe, develop, and collaborate with multiple teams all in one platform. It is a simple, robust, user-friendly, jam-packed with a variety of features prototyping tool that comes along with inbuilt huge UI library, animation features, CSS styling, and other advanced features. It also allows you to import files from Sketch and Photoshop and attach it to your documents. UX Pin claims they are different from the competitors with their interactive states, logic, and code components.

The only drawback to using this tool is that it is a bit challenging to handle. But looking at the many features this tool comes with, it is arguably worth trying.

This prototype tool is available to both Mac and Windows users. 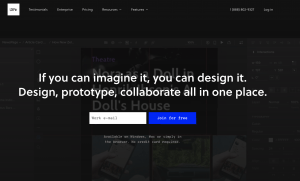 Marvel is a one-stop prototyping application where you can design, prototype, wireframe, at top-notch speeds. You can easily generate XML, swift, and CSS types of files in the app itself. You can integrate and import files from Dropbox, Sketch, Confluence, Jira to name a few. The best part of using this app is that it is extremely easy to use where even nonexperienced designers can apprehend this app easily due to its simple user interface.

Price: Marvel is free for one user and one project while its paid subscription starts from $12 per month. 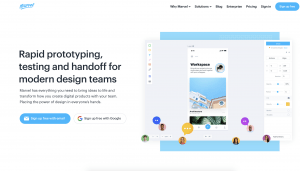 Balsamiq was developed with the motive to eradicate pen and paper systems and create successful designs in the app itself. It brings to you the experience of writing on a whiteboard but on the software medium. It has an easy option to drag and drop and mainly a representation of being a graphical tool where you can create websites, and other mobile and desktop applications.

It is compatible with both MAC and Windows users.

Price: It comes with a paid subscription for $89 for a single user. There is a cloud-based app that is available for $9 per month allowing 2 active projects. 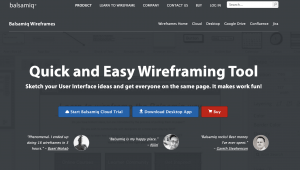 ProtoPie is mainly used by professional web and mobile-based UI designers. It is a relatively new tool in the market and is very simple to comprehend. Using ProtoPie, you can create interactive, realistic, and more accurate prototypes that are more sophisticated in their approach. ProtoPie allows you to import designs from Sketch, Adobe XD, and Figma and also lets you test your designs using android and iOS-based applications. 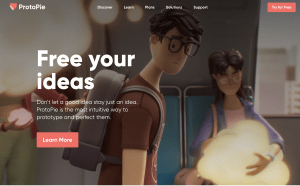 ProtoPie is congenial to both Mac and Windows users, but you need to install the software when using it.

Price: It starts with a free trial while the regular pricing stays at $11 per user per month.

What tool do you prefer? As the saying goes, the best tool is the one that you use. Go ahead and pick yours!