10 Most Popular ReactJS Websites of 2021 - Wiredelta
Skip to content

Here we are again with our 10-most-popular series and this time, we are coming with an update regarding the 10 most popular ReactJS websites. While you might already be familiar with the most popular ones from 2019, let us quickly remind you of the key points.

A little insight regarding ReactJS

You probably know the difference between ReactJS and React Native from our previous article regarding this topic by now, but let us guide you deeper into the crucial roles of ReactJS.

At the heart of all ReactJS applications are components, which are essentially pieces of the user interface. This means that when building applications with ReactJS we actually build plenty of independent, reusable and isolated components that are afterward composed together in order to assemble complex user interfaces.

Top 10 most popular ReactJS Websites of 2021

It is now time for us to take a look at the top websites out there that use ReactJS.

Facebook remains the top ReactJS website as the years pass by. Having 2.13 billion users, the website allows you to access your newsfeed across the globe thanks to its framework. Facebook implemented ReactJS due to the need for a solution regarding their news feed.

The news feed needed to work independently from the rest of a page which also included pushing specific suggestions depending on each user’s preferences, and updating the latest posts. Therefore the primary role of ReactJS was to be able to do all of this without messing the left or right columns of the page.

Today, however, ReactJS has a much bigger influence. From the small elements such as the Like and Login buttons to bigger ones like the share function, the comments function, and the post and video embedding, all of this is powered by ReactJS.

Dropbox is an online file hosting service operated by the American company Dropbox, Inc. It was created to offer cloud storage, file synchronization, personal cloud, and client software, all of that being possible to access via any device from any place in the world.

In other words, Dropbox represents a modern workspace that allows you to reduce busywork. Considering that over 14 million paid users to choose to trust Dropbox with their most sensitive data, it is clear that they are dealing with a large amount of data simultaneously. This is why Dropbox needs to have a stable platform that is provided by ReactJS.

Besides providing a stable platform with quick rendering, ReactJS also allows developers to code faster and reduces the chances of errors in the code.

It can be accessed on the web from a computer, however, uploading photo and video content are only possible from the mobile app. ReactJS powers most of the web Instagram web application and its features such as the login and comment function, geolocation, the news feed, the status text block editor, and the comment counter.

The perfect platform for booking opportunities turns out to be one of the successful examples of a ReactJS website. It gives you the opportunity to navigate through a large amount of hotel, hostel, and other temporary accommodation offers.

Leland Richardson, the software engineer at Airbnb says that the biggest advantage of using React for Airbnb is that its components are extremely reusable and it tends to make your code very easy to refactor and iterate on.

Aside from its interface being built with ReactJS, Airbnb also has an open-source component testing library based on ReacJS called Enzyme. Enzyme makes it much easier to manipulate, traverse and assert your React Components’ output.

Even though it was developed at Airbnb, Enzyyme was later transferred to an independent organization and its API is meant to be flexible and intuitive by imitating jQuery’s API for DOM manipulation and traversal.

Netflix is a high-performance TV interface that was created using React. The Netflix TV interface is constantly evolving and in addition to its JavaScrip application that can be updated at any time, it also consists of an SDK installed natively on the device and a rendering layer known as Gibbon.

All of Netflix’s webpages are served by server-side rendered React, serving the produced HTML, and then serving the client-side application. Thanks to its amazing and intuitive user interface built with ReactJS and RxJS, Netflix is able to provide its 190 million users more than ten billion hours of content every day. 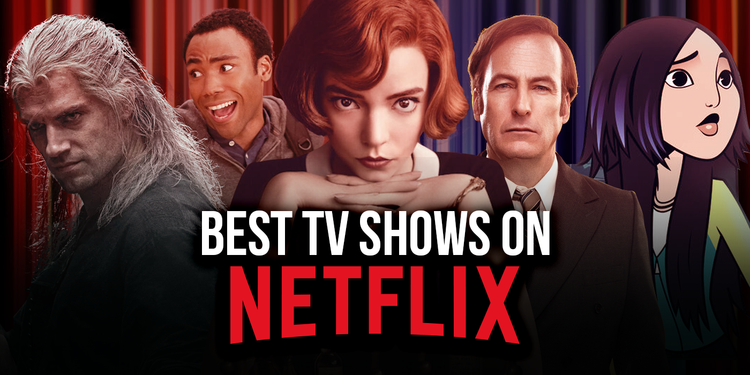 Netflix decided to server-render the landing page using ReactJS but also pre-fetch React/ the code for the rest of the signup flow while on it. This tradeoff was made in order to optimize first load performance and also to optimize the time to load for the rest of the signup flow, which has a larger JS bundle size to download due to the fact that it’s a single-page app.

The American electric vehicle and clean energy company also decided to base its website on React JS and use the advanced web engineering technology as a foundation for the official Tesla Motors resource.  One of the reasons Tesla chose ReactJS for its website is the virtual DOM of ReactJS.

Normally, companies have to carefully consider how their app structure is going to impact performance. Using extensive DOM manipulation can result in an annoying user experience. React solves this by a virtual representation of the DOM in which any new changes are first performed on the virtual DOM which lives in memory and not on your screen.

Reddit is a web content rating, social news aggregation, and discussion website for free user interaction.  This type of forum managed to gather 330 million users on its pages that have the possibility to submit content to the site such as links, text posts, images, and so on.

This content is later voted up or down by the other users.  As you can see Reddit is not just a social media site but also a place for everyone to find like-minded groups where they can learn, discuss, and debate various content. 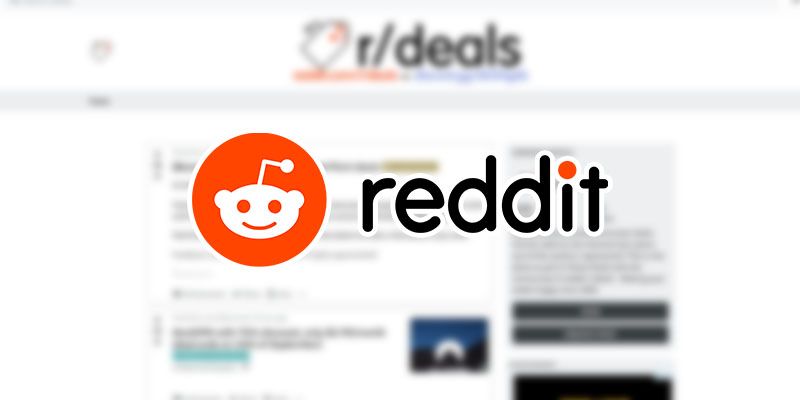 ReactJS was initially used only for Reddit’s Gift page. Soon after, it was used by Reddit’s developers for the mobile website as it was much faster and easier to operate with. Later on, ReactJS started to replace frontend elements on the main website as well.

Even though Reddit’s system includes tools like Google Firebase, Python, NodeJS, Amazon AWS, and BackboneJS, React seems to have taken a significant part of Reddit.

As one of the largest broadcasting corporations, BBC offers content in order to inform people worldwide. BBS is also one of the oldest media companies in the world which means that the worldwide client base placed their trust in BBC so the corporate owners cannot afford to make such a mistake as allowing low-quality web service.

Thus, React JS was chosen as the base for the BBC online resource. 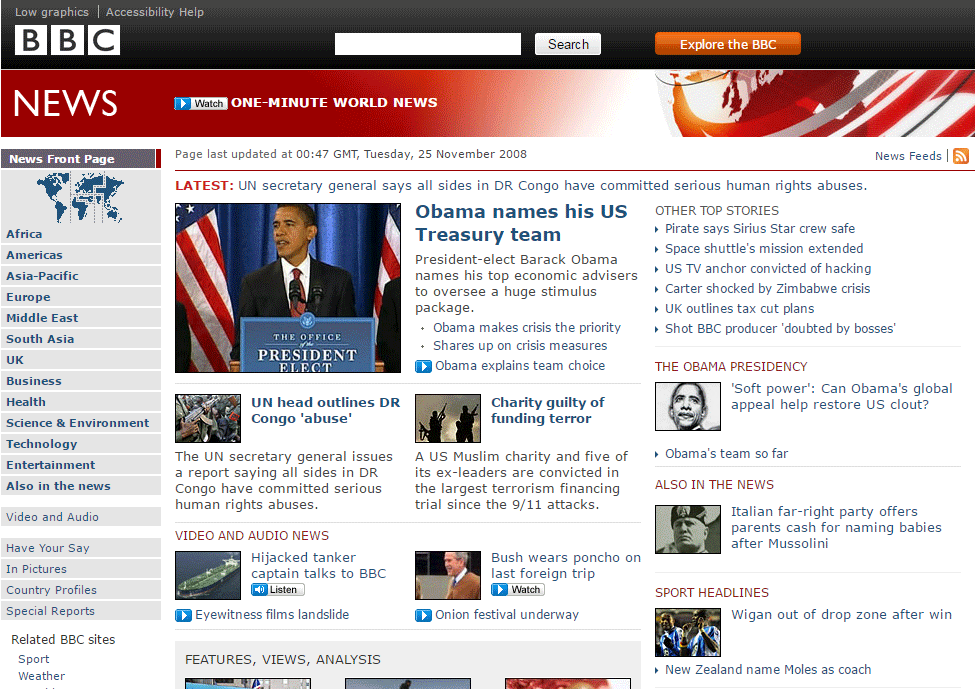 On the frontend, BBC has embraced new technologies such as isomorphic JavaScript using ReactJS. This allowed BBC to execute their JacaScript templates on both, the server and the client, which means that users can still load a basic version of the page even if they don’t have JavaScript.

Mattermark is a web service that analyzes start-ups and helps to attract potential investors. This title among prominent React JS websites objectively assesses how risky your investment in a certain company can be in the long run. 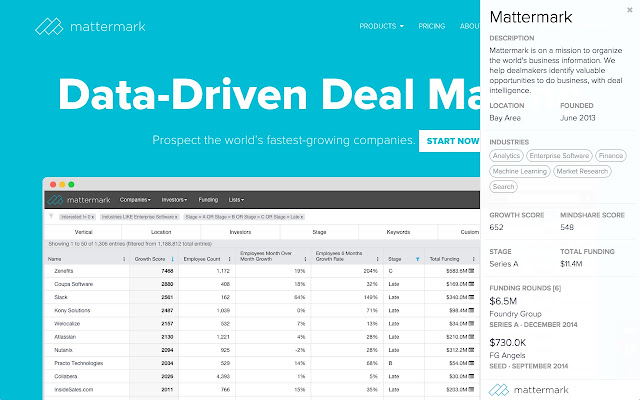 The main reason why Mattermark uses ReactJS is its stability of components. Its one-way data binding principle provides code composition flexibility and guarantees that changes applied to lower-level structures will not affect higher-level elements.

This feature significantly reduces the time needed in order to write code, however, there is an increased risk of complex errors appearing.

Overall, this feature allows for clean code and result in no excessive code structures, which is a common issue in other web engineering programs that are based on two-way data binding.

Salesforce is one of the largest cloud CRM companies that provide customer relationship management service and sells a complementary suite of enterprise applications focused on customer service, analytics, and marketing automation.

This CRM and business software uses ReactJS to render complex Visualforce pages more quickly. In other words, the reason salesforce chose React is scalability, performance, and speed as they needed a framework that would run fast regardless of how large the application can get. 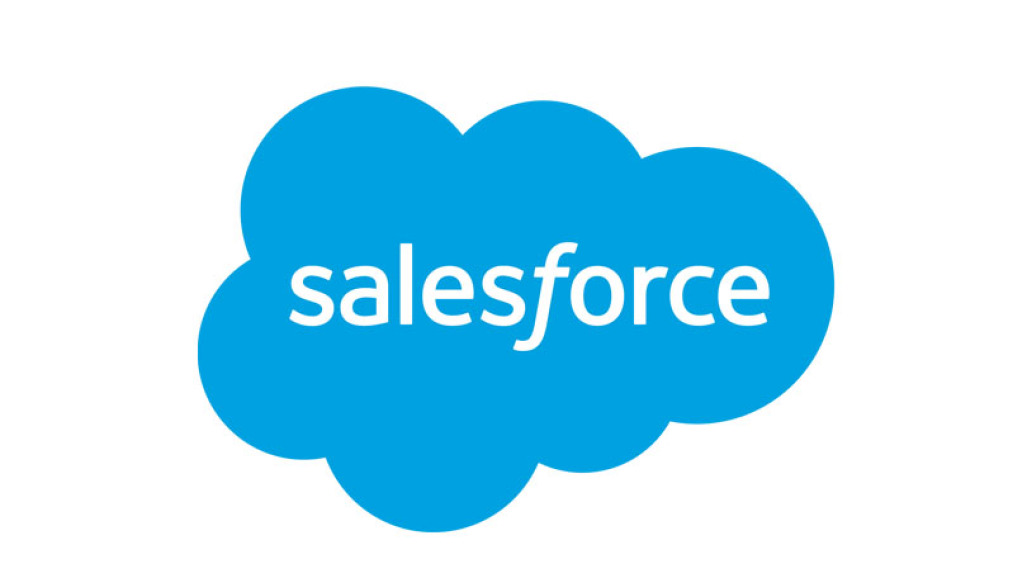 Considering that some of the most popular websites in the world use the React JS library, it is quite obvious that there is no need to question the efficiency of this tool in your web-building process.

As we mentioned above, React JS is an open-source structure created by the Facebook team and is now used by over 36 million specialists from all over the world regularly.

There is no doubt that this tool considerably increases the performance of your website and has enormous potential for website development with any type of idea, content, or scale.

If you have any idea about the website and app building, it is worth considering this amazing JavaScript library as your next addition to your own skillset.

Top 10 Most Popular ReactJS Websites of 2020