At the F8 Developer Conference, Facebook stated that they want to become more transparent and privacy-oriented. As a result, a few weeks later the social media giant published the third edition of their Community Standards Enforcement report.

Key figures from the report

Facebook’s Community Standards report is the latest attempt of the social media giant to show the world that they really want to be transparent. Surely, the company’s algorithms have improved in tracking violations before being communicated to Facebook. However, the report still shows some fluctuations. The bizarre numbers are related to harassment, online bullying, hate speech, and the nuances of interpersonal awfulness.

“To help us with that goal, our Community Standards define what is and isn’t allowed on Facebook. When we find something that goes against these standards, we remove it. We invest in technology, processes and people to help us act quickly so that violations of our standards affect as few people as possible.”

Most of the time, Facebook is able to detect between 90% and over 99% of violations itself. However, the company is not that strong in catching bullying. On that factor, the company managed to dig up only 14% of the 2.6 million reported cases of harassment, such as a wealth of Italian accounts ahead of an EU election.  As for hate speech reports, Facebook caught 65.4% of the 4.0 million instances.

The colossal number of fake accounts is the highlight of the Facebook report. According to it, 5% of the company’s monthly active users are fake. This number accounts for the termination of more than 2 billion profiles only during the first quarter of 2019. In comparison with the last quarter of 2018, when the company removed 1.2 billion accounts. The results show that fake profiles have almost doubled in 2019.

Facebook’s VP of Integrity Guy Rosen wrote in a blog post that the rise was due to “bad actors who attempt to create large volumes of accounts at one time”. To add to his words, during an interview with reporters on Thursday, Facebook CEO Mark Zuckerberg said that:

“Most of these accounts were blocked within minutes of their creation, before they could do any harm, and they were never considered active within our systems.”

We can only imagine how hard it is to manage and regulate a social network that’s larger than most countries’ populations. However, transparency and accountability are vital for the prevention of future problems that can appear on such networks.

On the bright side, the company promised that they will continue to bring more transparency to their platform. In addition, Facebook reports that they will include more information about their efforts so people can see the progress and hold the company accountable for what they do. 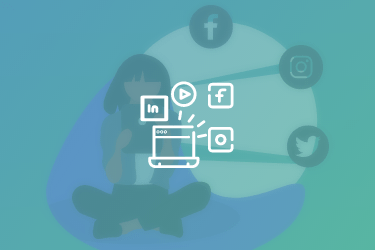 There’s a wealth of information hiding behind all of your social media activity on the internet, also known as your social data on websites.   All your posts, updates, interactions with followers, the comments you’ve

Social networking sites have changed the world. The fast and tremendous adoption of these types of services have nothing less but transformed how we communicate, find, and share information with each other. One of the

In the past month, we extensively discussed Facebook’s new cryptocurrency, Libra, which is set to launch in 2020 under the new name Novi. The Libra could be a big boost to blockchain, and users can

In recent years, more and more tech giants are showing interest in developing their own payment gateways. Today, we have Apple Pay, Google Pay, Samsung Pay, and most recently we heard rumors about Facebook entering