Recently, we introduced you to the highlights and challenges of foldable phones. Now it’s time for the foldable laptops to get under the spotlight.

Foldable laptops are conceptually the opposite of what most of the foldable phones are trying to do. For example, Samsung and Huawei are trying to make regular phones bigger, transforming them into tablets. But for laptops, what companies like Lenovo is doing is to take a full-sized laptop and make it smaller. We should wait to see with what other solutions the companies will come up with.

Most likely you have heard that, Samsung has delayed the launch of the Galaxy Fold as the reviewer’s units experienced several breakdowns. However, the new Galaxy Fold is still expected to reach the consumers’ hands on 13th June. Huawei is facing even bigger challenges with the release of the foldable Huawei Mate X. As a result of the US-China trade war since last week, Google has seized Huawei’s Android license. However, rumors have it that the new model will still be launched as scheduled.

What makes the new Huawei Mate X better than Galaxy Fold is the impressively thin prototype which includes Falcon Wing design. The unprecedented stretchable hinge ensures the screen will not overstretch while folding or bulge in unfolding. Something that Samsung Galaxy Fold had a huge problem with.

Motivated by their rivals, laptop makers are also exploring foldable devices for bigger devices. Ever since the adjustable screens where revealed, it’s been obvious that hardware manufacturers will try to implement them in their own devices. Only since last week, two tech giants have presented their prototypes and ideas of what a foldable laptop should look like. 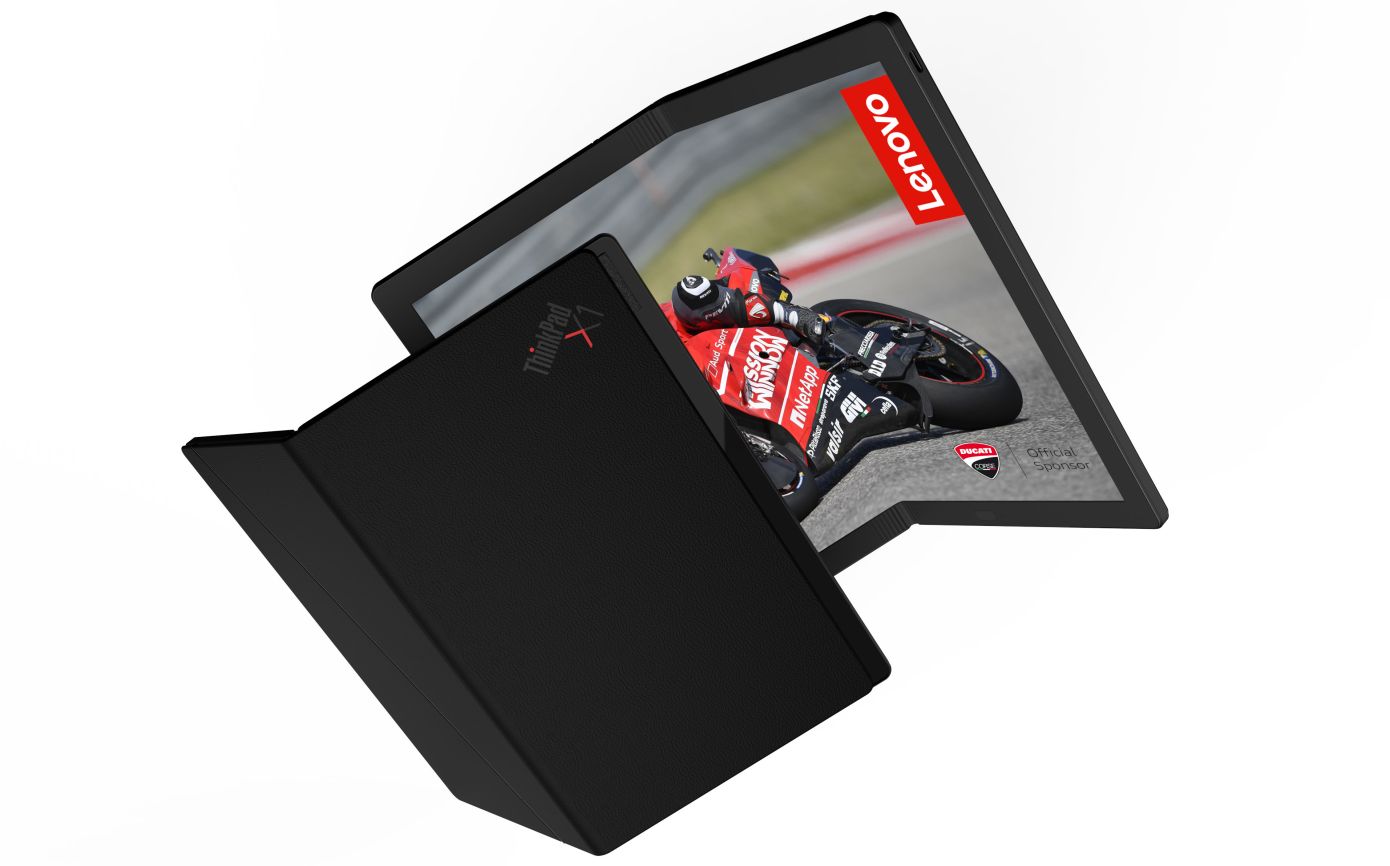 Just last week, Lenovo presented a prototype of what it seems to be the world’s first foldable laptop. Lenovo’s foldable ThinkPad X1 will further shorten the distance between laptops and tablets. It is a 13.3 inches device that can be folded into half the size, making it a lot easier to carry it with you. It is of course not small enough to fit into your pocket, however it is still much more compact.

The other key actor entering the scene is the computer technology giant Dell. The company declared that they are also exploring the folding computer displays. Even though, that isn’t any surprise, it still doesn’t seem like they will come out with a solution anytime soon.

Who will be the winner?

Well, we definitely can’t tell for sure. Right now it is even unclear whether we will call it “foldable laptops, phones or tablets”. At this point of the game it appears that the foldable laptops are leading with a point over foldable phones on the value for money scale. On the other side, still no one has declared a launch date for their foldable laptops. At the same time, foldable phones will be already on the market by the end of the year.