How To Choose The Best Javascript Framework

JavaScript is becoming more and more popular. It is used on the clients-side and on the server-side. With it, you can create easy-manageable interfaces because JavaScript has prosperous functionality. Work for a developer is several times easier due to JavaScript frameworks. Ukraine developers also use these templates because they help in solving the most widespread programming problems. The front-end framework you choose can make or break your project in the long run. In this article, we will show you how to select the proper framework for your project. 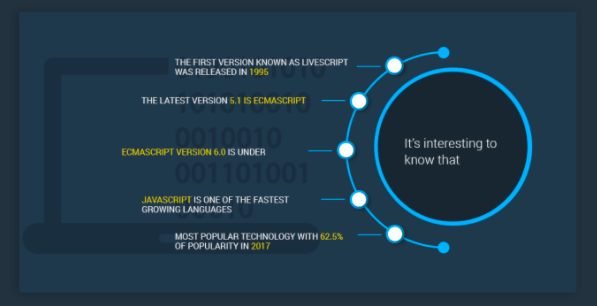 According to Stack Overflow survey, JavaScript has been the most used programming language for eight years. However, the language’s ecosystem is filled with various frameworks and libraries, and before choosing one for use, it is essential to see the contrast between them.

Frameworks – a pattern that imposes restrictions on the architecture of the application being created. The developer extends this framework according to the previously known rules for working with Javascript frameworks.

Libraries do not have such restrictions. If the JS library improves, begins to solve abstract problems, and more and more influences the style, it transforms into JavaScript. Libraries contain a set of functions and ways to solve the functionality of the project for which the code is being written. A programmer doesn’t always have to write code from scratch, as he or she can use libraries of functions that others have written before him.

We’ve collected five of the most popular JavaScript frameworks:

The Angular JS framework was produced for developing one-page apps. Even a beginner will create a simple application after a couple of hours of getting to know this framework. In 2014, programmers created Angular JS 2.0. But there were a lot of changes, and they were so strong that, as a result, a new Angular was born in 2016. And Angular JS evolved on its own, partly due to the decline in the rate of gaining popularity after 2016.

Backbone JS was released in 2010 as an analog of heavyweight JavaScript frameworks. It is lightweight, but the missing functionality will have to be added with your code or third-party plugins. However, Backbone JS requires jQuery or an equivalent. Since it is more of a library, you can use separate parts of it.

Initially, jQuery is a library announced by John Resig in 2006; despite its age, it is still popular. Has excellent cross-platform capabilities. JQuery essentially relieves the developer of the responsibility to adapt the code for different browsers. In addition, JQuery code becomes more compact. A single jQuery function can be equivalent to multiple lines of code. This increases the speed of its writing and makes the code simpler and more convenient.

Meteor JS immediately attracted the attention of investors in 2011, and after its launch, it became in demand. This is because it can be seen as a complete platform for developing modular client-server applications. This is one of the framework’s key features – the same code will be used on the client and server sides.

Ryan Dahl developed the JavaScript framework in 2009. Node JS often acts as a server, but its capabilities are not limited to that. With its help, you can create typical windowed applications; sometimes, it is used in microcontroller programming. Node JS runs on the V8 engine, the same one used in the Google Chrome browser. Node JS is not hard to master contrasted to other server-side platforms, and developers don’t have to learn a new server-side development tool. The JS code runs without problems in the Node JS.

Vue.js is a JavaScript framework that is under active development. The framework has virtual DOM and reusable elements that can be used to create widgets and apps. Alternatively, you can also use JSX syntax to write render functions. Vue.js uses a special reactivity system to see changes and redraws the minimum elements.

How to Choose a Right Javascript Framework for Your Project

Many Javascript frameworks are released and updated daily, and it can sometimes be challenging to keep up with the times and understand which framework is best for your project. There are many factors to consider before choosing any of these for your web application, such as the specific requirements of your project or the strengths and weaknesses of the framework. IT companies in Ukraine can help with or project development and choose the best framework for it. Ukraine IT outsourcing offers many talented, dedicated developers of any level.

Before starting the implementation of a project, it is often necessary to conduct a preliminary analysis to choose precisely the technology that suits you. Each project requires detailed analysis and evaluation before starting. But there are some key points by which you can estimate in advance the choice of a particular technology for development:

Speed ​​and ease of development and project support

Development speed depends on the technologies used in your project. If your project already uses technologies like TypeScript or JSX, then Angular is better for you. But if you are starting a project from scratch, then Vue.js is best for you by following standards.

These frameworks are popular and will occupy leading positions in the development market in the coming years. However, Vue is rapidly gaining popularity, followed by the React library.

If you have chosen one framework but then decided to transfer the project to another, then Vue.js is best for you. Because if you want to rewrite projects created in Angular or React, developers will most likely need to port TypeScript or JSX code to classic Javascript and HTML, respectively.

Another important point is the frequency of framework updates. Angular is heavily updated every six months. Vue is as stable as possible in this regard, and significant updates happen every few years.

The choice of a framework depends on personal preference and confidence that it is suitable for long-term work on your project. Its functionality improves development by reducing the time it takes to write code, which is a great advantage for businesses and developers. Thus, your applications will be fast to work, easy to maintain, and as convenient as possible to add new features.

It’s also crucial to find dedicated developers who will help you empower your web performance. Many countries offer IT services; it depends on many factors, including price, time zones, and availability. For example, Ukraine developer cost for hire is very affordable. Software development Ukraine has a track record of successful delivery of software services for global partners. If a company’s goal is to find dedicated devs, it should be definitely considered as an option.