The demand for cashless payments has been rising rapidly in recent years. That’s one of the reasons why we decided to uncover the industry and specifically one of the leaders of online payments – PayPal. According to Statista, PayPal has 286 million active users and the business operates in more than 200 countries. Let’s take a closer look at the story behind, how it works and how the PayPal tech stack has changed over the years.

PayPal was originally established by Max Levchin, Peter Thiel, and Luke Nosek in December 1998 as a company that developed security software for handheld devices. In fact, the company’s original name was Confinity. At its earliest stage, the company was giving away $20, $10 and $5 when signing up which therefore led to success.

In January 2000, PayPal’s founders got word that their users had started asking various commercial partners and buyers to sign in order to process faster payments. Accordingly, PayPal made its way to eBay’s marketplace and started partnering up. Furthermore, in April, the same year, the company opened its first customer service center.

In March 2000, Confinity merged with X.com, an online banking company founded by Elon Musk, and shortly after became PayPal. The founders took the decision of renaming the company after estimating to focus only on payments made over the internet. From March until summer, PayPal’s user base jumped from 1 to 5 million.

PayPal became a publicly-traded company in 2002. The stocks of the company grew to 55% on NASDAQ within the same year. In July 2002 eBay bought the fast-growing business for $1.5 billion. A year later, PayPal expanded to 38 markets. Since then, PayPal has only become more and more popular amongst users to do safe and easy money transfers over the internet.

In 2005 Paypal’s presence was spreading globally to 55 markets. They acquired the payment solution of VeriSign. One year later the payment’s giant came out with a whole new mobile payment platform. The business was making its users’ lives easier by allowing them to pay through PayPal by using their smartphones. 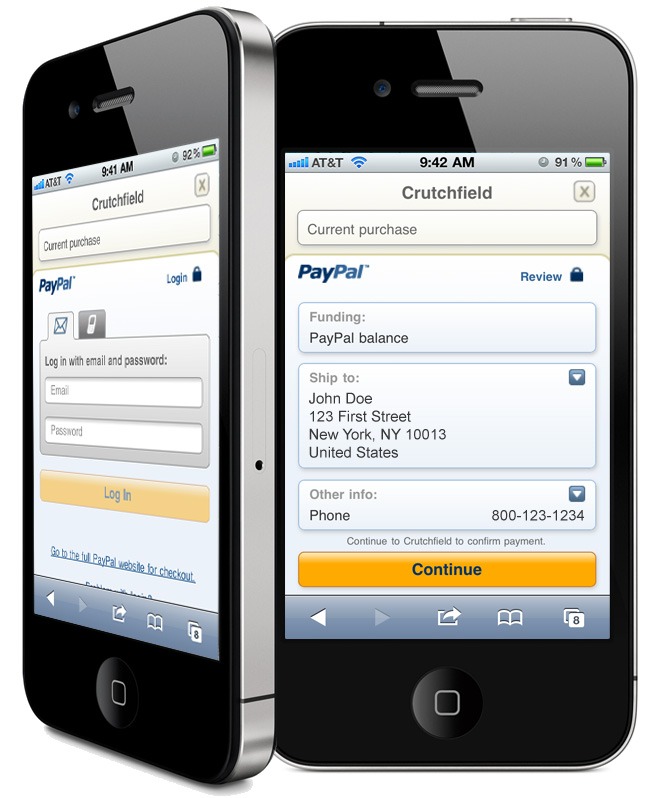 In 2008, the company was expanded to 190 markets, acquired Bill Me Later and created the first iPhone app for payments. The number of devices who have the ability to use m-commerce was increasing rapidly. More and more buyers were choosing the option of finalizing their purchases through mobile devices.

In 2013 the company’s next big move was to acquire Braintree and expand to 203 markets. A year later, PayPal rebranded Bill Me Later to PayPal Credit.

A year later, in 2014, the investor of PayPal, Carl Icahn, executed a public campaign aimed at discontinuing the partnership with eBay. He proclaimed that PayPal will grow rapidly if separate from eBay. On July 20, 2014, PayPal was officially split from eBay. Not so long after that, its market value increased to $49 billion and outmatched eBay’s value.

The giant’s market value continued to climb throughout 2015, and in the same year, the company purchased Paydiant for $280 million and Xoom for $890 million.

From 2015 up until today, PayPal continues to evolve and reach new levels of success, partnering with big enterprises such as Google, Facebook, Visa, Master Card, and Alibaba.

PayPal is a platform that authorizes users to manage money and offers a flexible choice when sending payments, paying or getting paid. The idea behind is to give customers an ability to make safe and easy transactions without involving credit or debit cards. Once you register the information while making the PayPal account, there is no need to do it when purchasing. Nowadays, PayPal is available in more than 200 countries and regions all over the world, being a practical tool for both personal and professional usage. 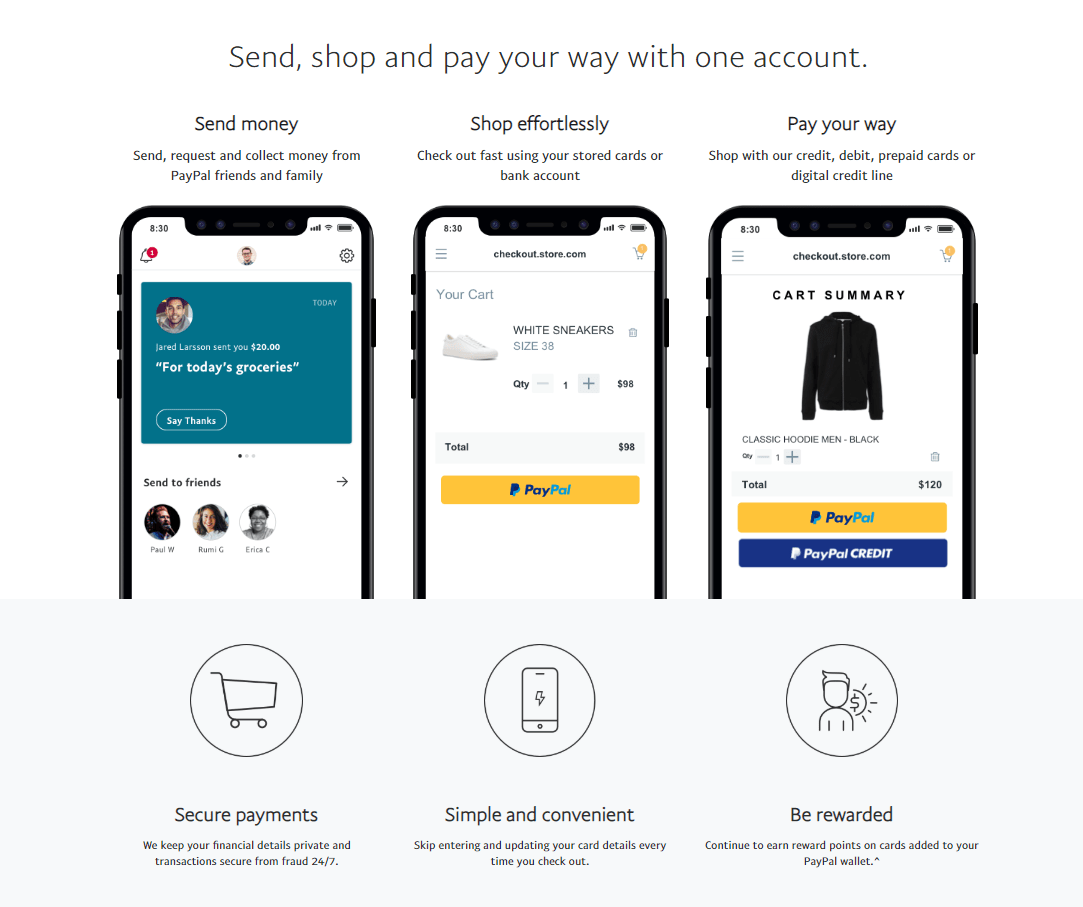 Being a PayPal member gives you plenty of advantages:

PayPal technology has gone through many iterations, modifications, and rebuilds.

Since the beginning, engineers at PayPal have been divided into two main teams – one who code for the browser, using HTML, CSS, and JavaScript, and another that codes the application layer using Java. Imagine an HTML developer who had to ask a Java developer to link together page “A” and “B”. This method was an obstacle to performing efficient work. Therefore, Node.js was used to solve this problem within the teams, allowing both browser and server application teams to code in JavaScript.

For the initial attempts, Express.js was used for routing, nconf for configuration and grunt for building tasks. However, the developers realized that Express does not scale properly within multiple development teams. Consequently, they adopted a convention layer on top of Express called Kraken.js.

The first approach was simple, including only the PayPal’s account overview page. Therefore, they decided to expand, building a Java application in parallel which can protect the data if something fails within the Node.js app.

Today, PayPal’s entire web application has been rebuilt from Java to JavaScript and Node.js. Node.js helps PayPal bridge the browser and server applications to be written in JavaScript. It unifies engineering specialties into one team which allows them to understand and react to users’ needs at any level in the technology stack.

Paypal is an amazing story with an impressive decade, transforming financial services, forever. According to recent reports, the total number of PayPal transactions in 2019 amounted to $12.4 billion, spread across their 286 million active users. If you have a brilliant idea for the next killer web or mobile app, you can take a look at our website and explore the latest web and mobile development trends. If anything comes to your mind don’t hesitate to reach us!