How was Revolut Developed?

Nowadays there is a lot of useful and user-friendly financial solutions gaining popularity among consumer. However, very few have the opportunity to offer a wide range of banking services through mobile apps with several beneficial perks. One of the fast-growing apps is Revolut. Recently, Revolut raised an additional $500 million at a $5.5 billion valuation.

But how did it start?

Simply put, Revolut was developed as a travel card providing cheap exchange rates and slowly turning into a digital bank. Founded by Nik Storonsky and Vlad Yatsenko in 2015 in the UK. From day one the app was aiming to become a global financial super app. Both of the founders agreed that they started Revolut because they were “frustrated with the fact that traditional banks are taking so long to introduce digital banking services for younger customers who actually prefer to access most services through their mobile phones”. 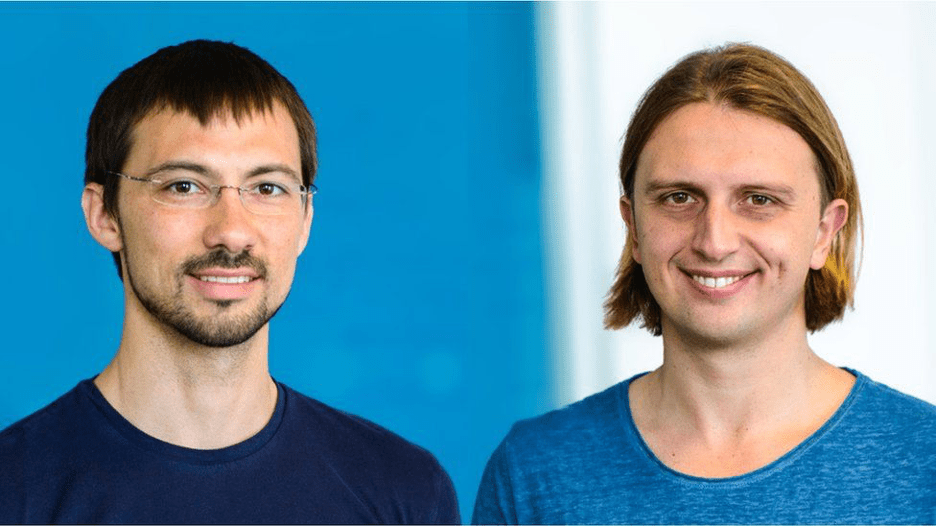 In 2016, the app registered 100,000 users and secured its Series A funding. In the following years, Revolut became even more successful by launching more features. A crypto trading and Revolut for business, as well as premium service Revolut Metal and launching donations. They also raised Series B, C, and D of over € 400 million. In 2019, the company managed to expand across the European market and enabled open banking that would allow customers to have access to all of their external accounts in one place. Over the years, Revolut has exceeded over 12 million in customer base across 35 countries with over 30 in-app currencies.

In its very core, Revolut is a prepaid card and a mobile banking app. It may not function as a bank, but it was granted a European banking license in 2018. However, it still aims to receive a full UK banking license. In addition, Revolut is authorized in the UK by the Financial Conduct Authority (FCA) under the Electronic Money Regulations 2011.

What are their services?

The app offers banking services including GBP, EUR and USD bank accounts, debit cards, stock trading, cryptocurrency exchange, fee-free currency exchange, and peer-to-peer payments. Additionally, it supports the ATM withdrawals in 150 currencies and sending in 24 currencies directly from the app with no hidden fees and allows withdrawing cash without extra charges. Customers also have access to some of the cryptocurrencies such as Bitcoin, Ethereum, Litecoin, XRP. 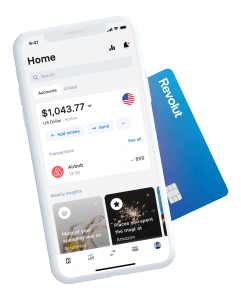 What are the Revolut banking features?

Although Revolut is not considered bank as of now, it offers some features that work similarly or even better than any other bank:

Do they have any additional features?

Despite the fact that Revolut can be used only through mobile app and it is still not available on a computer as a website for end-users (business account support desktop), it does suggest some additional features such as:

Where can I find it?

Revolut can be found in the EEA countries, Switzerland, Australia. Recently they even launched in the USA.

What about a subscription?

As a progressive FinTech startup, the technology behind Revolut is being constantly updated. Within 5 years of launch, we can argue not much of the code has been untouched. This is especially interesting in comparison to traditional banks.

Their technology is based predominantly on Java 8 on the backend and AngularJS on the frontend. They are also planning to introduce Scala for new components.

They offer a minimalist approach in order to use external frameworks, with emphasis on maintainability and fast turnaround with TDD, DDD, and Continuous Integration & Delivery. Their projects include building the mobile APIs, developing microservices to evolve the architecture, and perfecting a number of systems that the business depends on – risk management, fraud detection, or payment processing, to name a few.

Revolut takes advantage of Kotlin as well. Its developers recently shared an exciting presentation on how they use Kotlin to build a multiplatform architecture for iOS and Android. The reason why they have chosen Kotlin is that it is a contemporary, open-source language that is used to build web applications and mobile applications for Android, backends, and everywhere else where developers have to use JVM. Even if it is 100% interoperable with Java, it is far less prone to errors than Java. In addition to writing in Kotlin, they also include Android SDK and RxJava serve as internal libraries and frameworks. As for data storage they use SQLite with Room OM.

However, the company continues to use JavaScript, HTML, Python, TypeScript, Groovy, C++ and Clojure within their different areas of work.

By using the RecyclerView-based screen layout they establish and maintain UI elements. In this way when developers need to adjust to a different style, they take an already completed element and attach it to the RecyclerView. This approach is proven to be quite beneficial during bigger redesigns. The only changes were made with the UI elements and mappers while the UX logic was left untouched.

Revolut is one of the firms that has become extremely successful in the FinTech industry. Considering they only launched a few years ago, they are growing quicker and quicker. As mentioned, they have announced that they have raised $500 million as part of their Series D round, valuing the company at $5.5 billion. Their future plans include using the investment to add new features in the US and continue sharpening their positions within banking operations across Europe.

What would you like to create in the tech industry? You are always welcome to share your ideas with us, so we can help you develop the next successful Revolut, Paypal, Mobilepay, and more.

Take a look at our website and explore our options. Let’s make a difference together!

PrevPrevious10 Most Popular Angular Websites of 2020
NextHow was Twitter Developed?Next