Today, more and more people are using music streaming services. One of the most popular ones is Spotify. Its subscribers have increased dramatically in recent years, and according to Statista, Spotify has 124 million premium subscribers worldwide.

“We, Martin Lorentzon and I, met 2005 when Martin moved back from Germany where he had been based with his old business. We discussed a lot of ideas back and forth and spent a lot of time hanging out in my apartment in a suburb to Stockholm…. For us it was very much that we started out as friends, both wanting to do things together. The fact that we were very different, both in skill-sets and as individuals has only helped us. I think you can be very different as long as you have the same moral compass.”

Before we look at how Spotify was developed technically, we explore the journey historically.

On 7 October 2008, Spotify was launched with a free service for its music subscribers but with advertisement. 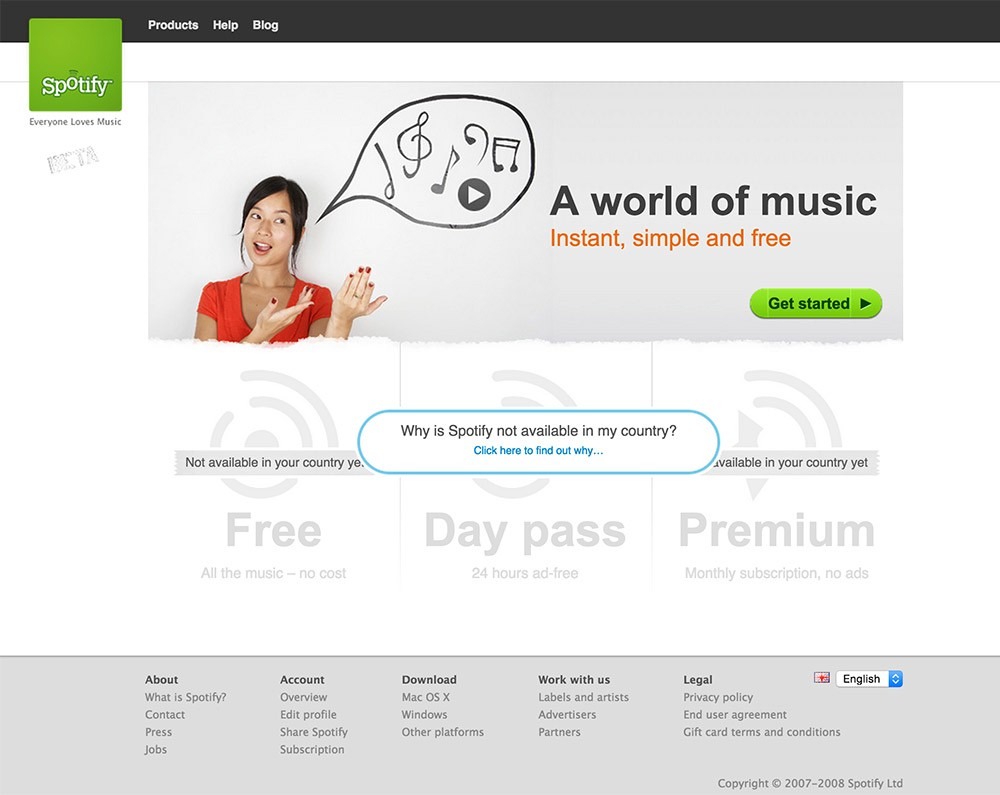 Accordingly, the users can upgrade to $9.99 per month with an ad-free subscription 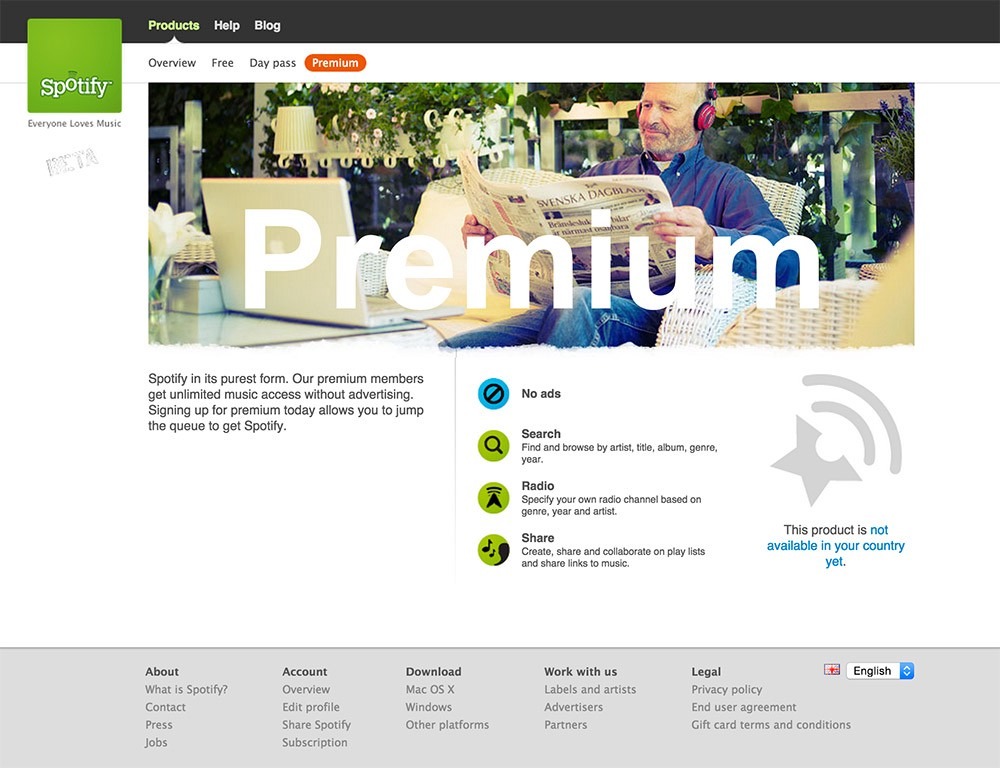 In the same year, Spotify managed to have licensing deals with Universal Music Group, Sony BMG, Warner Music Group, and more. Spotify had some challenges on how they achieved the licensing agreement, illustrated in this testimony from Daniel Ek about their road to partner with the biggest names in the music industry.

In 2009, Spotify expanded to the UK, France, and Spain and reached approximately 6 million songs on its platform. By this time, Apple allowed Spotify to be in the App Store. As stated by Daniel in an interview with BBC:

“We had a great dialogue with Apple from day one.”

Here is the demo on how it works in the iPhone from the year 2009:

The year 2010 was an eventful time for Spotify, when Mark Zuckerberg, founder of Facebook agreed to a partnership between Facebook and Spotify. There is a backstory here, as Sean Parker – Facebook’s first President – had close ties to Spotify as well.

In addition, Spotify released the most remarkable upgrade that enables subscribers to connect Spotify to Facebook, the capacity to publish music profiles on the web. Furthermore, we can see below the development of Spotify web design in the year 2010, looking quite modern and fresh for the time. 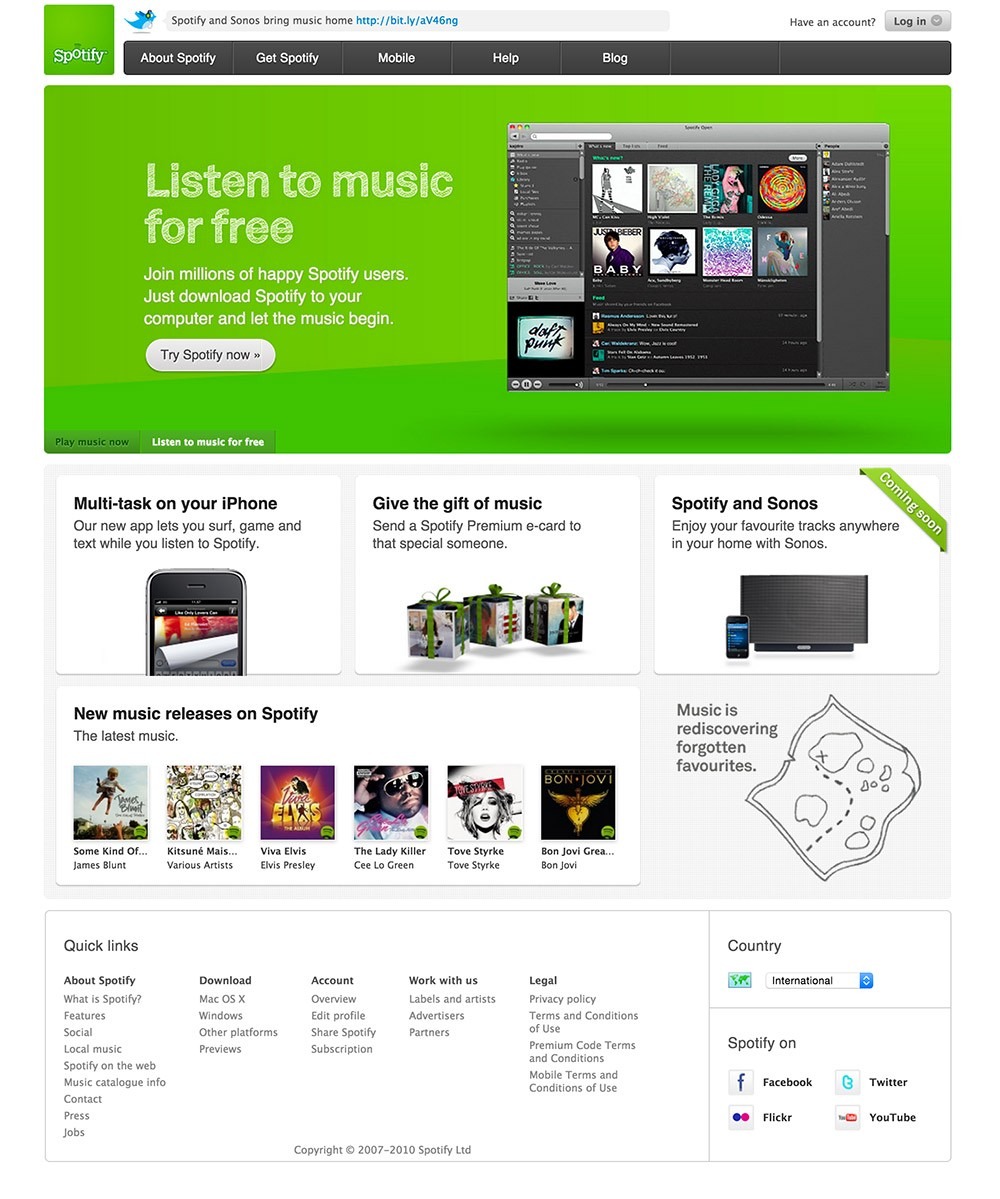 By the year 2011, Sean Parker, the co-founder of Napster – the file-sharing internet software company – joined Spotify as a board member and invested $100 million to fund its launch to the United States.

In 2012, Spotify reached 20 million total active users, together with five million premium customers around the world. This year, they have finally launched an application on Android smartphones.

Spotify continued to evolve, and in the year 2015, 25 billion hours of songs were available. The company rebranded itself to add more music and clips with the services offered. The webpage has also evolved to a more vibrant and creative style. 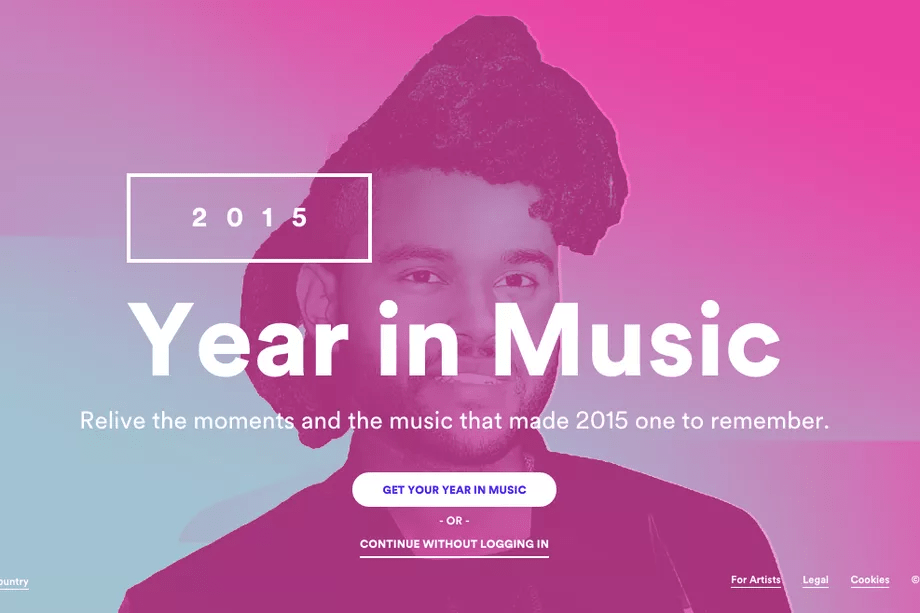 In 2018, Spotify became available in 13 new markets in the Middle East and South Africa, the Arabic region playlist has also been added to the service. Additionally, Spotify acquired the music licensing platform Loudr, the podcast network Gimlet Media and Anchor FM Inc.

Today, Spotify is a giant in the music industry. The number of subscribers in different parts of the world are growing rapidly, and because of its effective promotional activities, they are offering 3 months free premium subscription as a family plan. Therefore, Spotify considered big investments this year in podcasts and technologies to deliver an excellent experience to the users.

Now that we know the history of Spotify. Let us show you the simplest way on how to use it.

Spotify is a legitimate way of streaming music online and listens to the podcast. The organization licenses track from major and minor record labels for its enormous music library and pays the rights holders dependent on the occasions individuals tune in to each track.

When creating a Spotify account you have three options either free or premium user. You can create your account using your email, Facebook, and Apple ID. 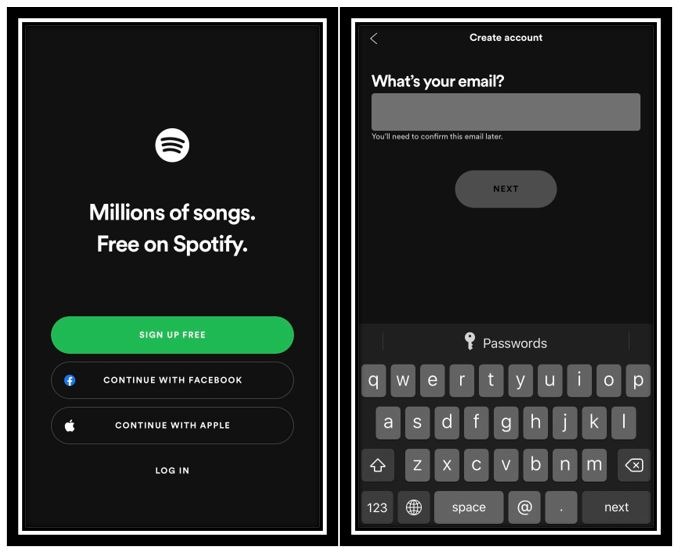 These are the various benefit you can get from premium subscription:

The premium subscription has three options and prices vary according to: 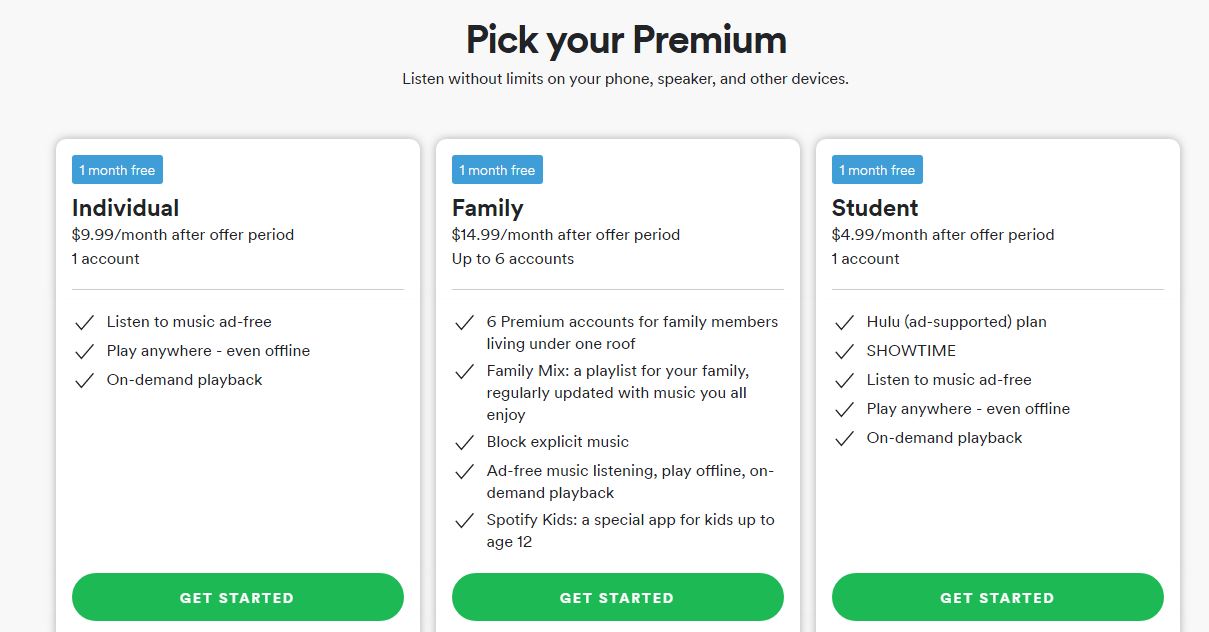 Now that we have an idea on how Spotify works, let us enlighten you on how it was built technically.

Spotify has been an innovative platform in the music industry. However, it is composed of multiple programming languages to deliver an excellent experience for the users.

According to Andreas Blixt, former technology lead at Spotify, the core programming language used is C++. Hence, because of the expansion of Spotify, different modules were developed. Furthermore, for a seamless connection between the client side and the server side, JSON is used for passing data between them. Let’s breakdown the various components used:

Apart from C++, Spotify is using Chromium Embedded Framework (CEF). Accordingly, the views are driven by HTML, CSS, and JavaScript. The interface layer, Cosmos is an ideal bridge between C++ and JavaScript. Therefore, this delivers a simple way to work for the developers and fewer issues. Additionally, PHP is also used for executing the login and certain apps on a different domain.

The web app component has many programming languages at work: HTML5, CSS, and JavaScript combined. Moreover, for the specific functional components, Java and Ruby have been used frequently.

Since there is also app development, different languages JavaScript and Python have been implemented for it.

C++ has been applied for most of the desktop components. And this is the reason why C++ has been referred to the previous part. Alongside C++, JavaScript is additionally utilized for a portion of a web-related segment, for the Mac OS users, Objective-C, and Objective-C++ have been used. Furthermore, the CEF framework application for web components was established in JavaScript for scalability purposes.

Spotify invention is a great success in the music industry, after two decades of disruption, it is now experiencing an enormous revival. Thanks to Spotify for the growing popularity of artists, labels, and publishers. How about you? You might also have an idea to change the music, entertainment, or even financial industry. Don’t know where to start? Come and talk to us, so we can help you to build the next Spotify, Netflix, Paypal, and more. Stay tuned with the latest technological trend and have more knowledge on how Software is Feeding the World.

PrevPrevious10 Most Popular NodeJS Apps of 2020
NextHow was Amazon Developed?Next