Open Source Software is Taking Over - Wiredelta
Skip to content

Open source software (OSS) is something we don’t really hear about in our everyday life. Nevertheless, we use it every single day. Just a couple of examples of open source software you probably use at least once a day are Firefox, WordPress, Wikipedia, and the Linux kernel which is present in an enormous number of electronic devices, particularly Android! But what is open source exactly, and how does it add value to our lives and businesses?

What is Open Source Software?

Open source is a decentralized model of production, where products like source code, blueprints, and documentation are openly available to the public. More specifically, open source software is software whose source code is made available with a license that grants the rights to study, change, and distribute the software to anyone and for any purpose.

Open source software can be developed either in a collaborative public manner, like the Linux kernel, or in a closed environment and then released to the public, just like what happened with Microsoft PowerShell.

Why is OSS a good thing?

A simple way to understand the open source philosophy and how it works is to compare open source code to recipes passed down over generations in the same family. Every cook is free to either follow the recipe, or change it and adapt it as they see fit, including their own ideas, passing it on to their friends, and improving it over time. We could say that this recipe is open source. The main goal of open source is a common benefit! In other words, sharing is caring!

The open source approach is also essential for innovation; ecosystems that remain completely closed/closed gardens tend to progress much slower. After all, it’s more likely that thousands of passionate developers working for free build more incredible software compared a few hired ones that might not have the same passion as their peers.

Open source has become the dominant development paradigm. Once, people used to talk about open source and free software as if it was religion or cancer, depending on which side they were on. Afterwards, open source began to be tied to the business potential of sharing and collaborating.

In the past few years, open source has been widely adopted not only by declared open source supporters, but also by traditionally closed corporations such as Microsoft and Apple.

For instance, the Cupertino company released its new programming language, Swift, in 2014, and then shocked the world in 2015 by making it open source. Of course, Apple will still take the lead on developing Swift, but third-party developers will now be able to come join the community in helping to improve the programming language. 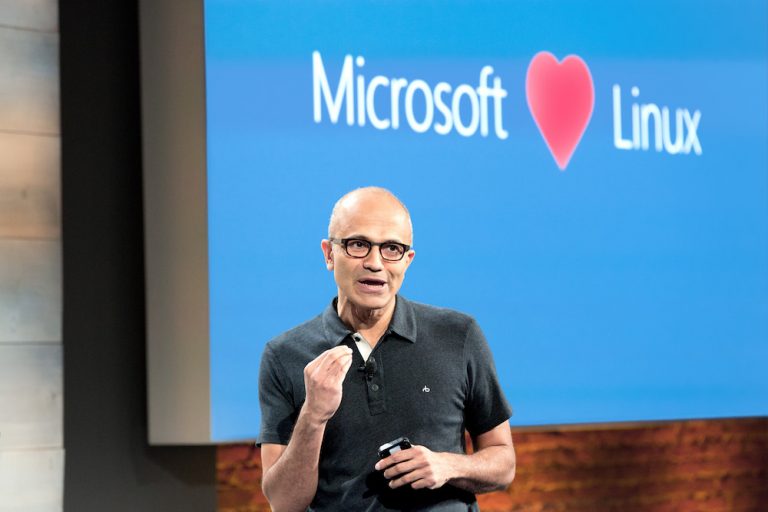 Incredibly, after shifting its strategy towards open source, Microsoft has now become the largest open source contributor on GitHub!

And this is not just happening in the software industry, Tesla Motors open sourced all their patents for building electric cars back in July 2014.

So, why is open source software taking over? Did everyone suddenly become nice and decided to release to the public what amounts to billion dollar investments? In short, no, there’s a much more pragmatic reason. The real reason open source has won is in fact that it makes hard financial sense.

What is the value of open source?

Value depends heavily on who the target is, open source is no exception to this. The value of OSS is obvious to the community, but to the corporations, it’s a little more tricky. Corporations generate profit for investors; so basically they’re a large group of people that meet every day to create a product or service that can be sold at a profit. So how on earth will open source help with that purpose?

Take two corporations, e.g. A and B. A invests heavily in building a closed garden that no one can see or touch except those hired until public release. B invests the same, only they share with the public the progress; they ask people to contribute to the garden, get early feedback and iterate upon that. Which garden do you think will resonate the best with visitors?

“Closed gardens” are used as a metaphor for proprietary software not available as open source. Apple and Microsoft have historically been very successful building closed gardens. However, there seems to be an unprecedented high correlation between the involvement of Steve Jobs and Bill Gates, and the two companies success building closed gardens. Without them today, both companies would not be moving towards OSS. Additionally, this is a result of the stiff competition from Google, Facebook, and others.

So in the end, everyone is racing to build open source platforms that third-party developers build on top. When a code is visible and available to everybody coupled with a strong community focused on a clear common goal, it is possible to deliver better quality at a faster pace. For example, some years ago, the Linux kernel was better than any other commercial software! Even now it’s a benchmark for quality software, which makes it a good example of how open source can be the best solution.

Quality matters, but so does flexibility

Code that is publicly available is also code that can be extremely flexible. This flexibility helps reducing costs in many ways. Also, it accelerates development of projects by having fewer restrictions than projects that use closed models.

Take for example WordPress, a very popular open source Content Management System. Thanks to its open-source nature, it is constantly updated and improved. There is, in fact, a large community of developers that find and fix all the bugs.

When WordPress is open source it allows the framework to receive frequent updates. With these, you can ensure your system is taking advantage of the latest technologies such as WordPress.com’s shift towards Javascript with Calypso.

So what are the actual numbers?

Being publicly available and maybe even open to public contribution doesn’t necessarily mean that the software is cheap. On the contrary, if a company wanted to replicate them, they would have to pay quite a lot of money. A study estimates that the financial value of the overall OSS industry is worth 100 billion Euros!

Speaking of numbers, OSS shows incredible figures. The Linux kernel, for instance, is worth 1.2 billion Euros. That indeed would be the amount of money that a company should spend to build the same from scratch. Moreover, according to the Linux Foundation, building a GNU/Linux distribution would cost around 10 billion euros!

However, OSS’s strength and real value is not only the quality nor financial value of the software itself. What really makes OSS possible is the culture behind it. As a result, a strong community gathers around the same goals, which in turn results in quicker OSS updates!

Here at Wiredelta, we care a lot about open source. We have built all our digital products using open source frameworks since we started in 2012. In fact, we started contributing back to open source communities like WordPress building themes and plugins for free. Not only are we enriching the WordPress source code, but we are also taking advantage of it to build a shop that collects all the best free themes and plugins out there.

Our decision to use these frameworks was easy because open source software gives so many advantages including flexibility and community support. This will allow Wiredelta to be ahead of the curve and always stay up to date with every new feature that comes out. Combining the power of the open source community with our assembling tool is where we think magic will happen. We cannot wait to reveal the tool to our users!

In conclusion, keep an eye out for open source since you’ll definitely hear more about it in the near future. At Wiredelta we firmly believe that OSS is the best solution both for us and for you, and we’ll continue both to contribute actively for the improvement of WordPress’ source code and to take advantage of its openness and flexibility. Embrace open source with Wiredelta and soon you’ll see the magic behind it!

5 thoughts on “Open Source Software is Taking Over” 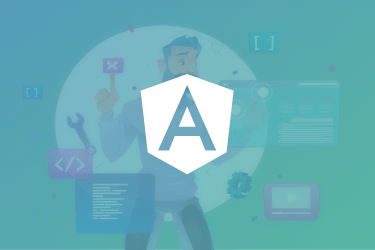 Angular is one of the most popular front-end JavaScript frameworks today, and each year we look at the 10 most popular Angular websites that captured our attention and won our hearts and try to put 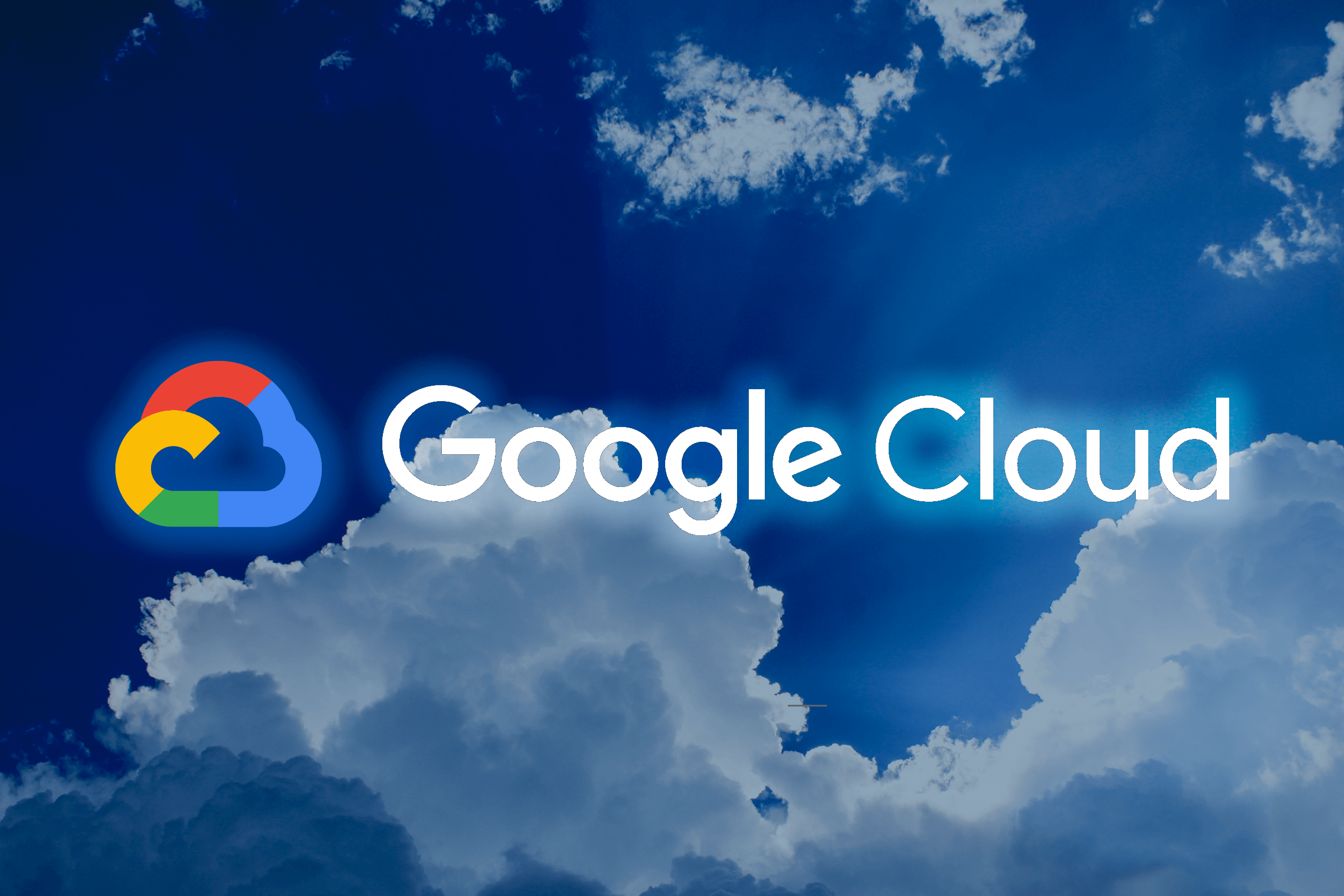 The 6 Headlines from Google Cloud Next 2019 event 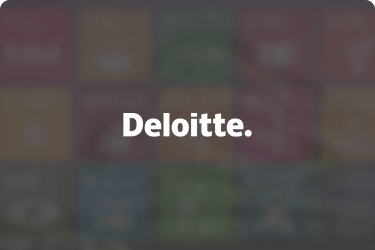 Poverty, hunger, inequality, pollution, and war are just some of the socio-cultural and environmental issues surrounding our world. Luckily, there are people who fight for implementing alternative solutions and generate a positive “return to society”, 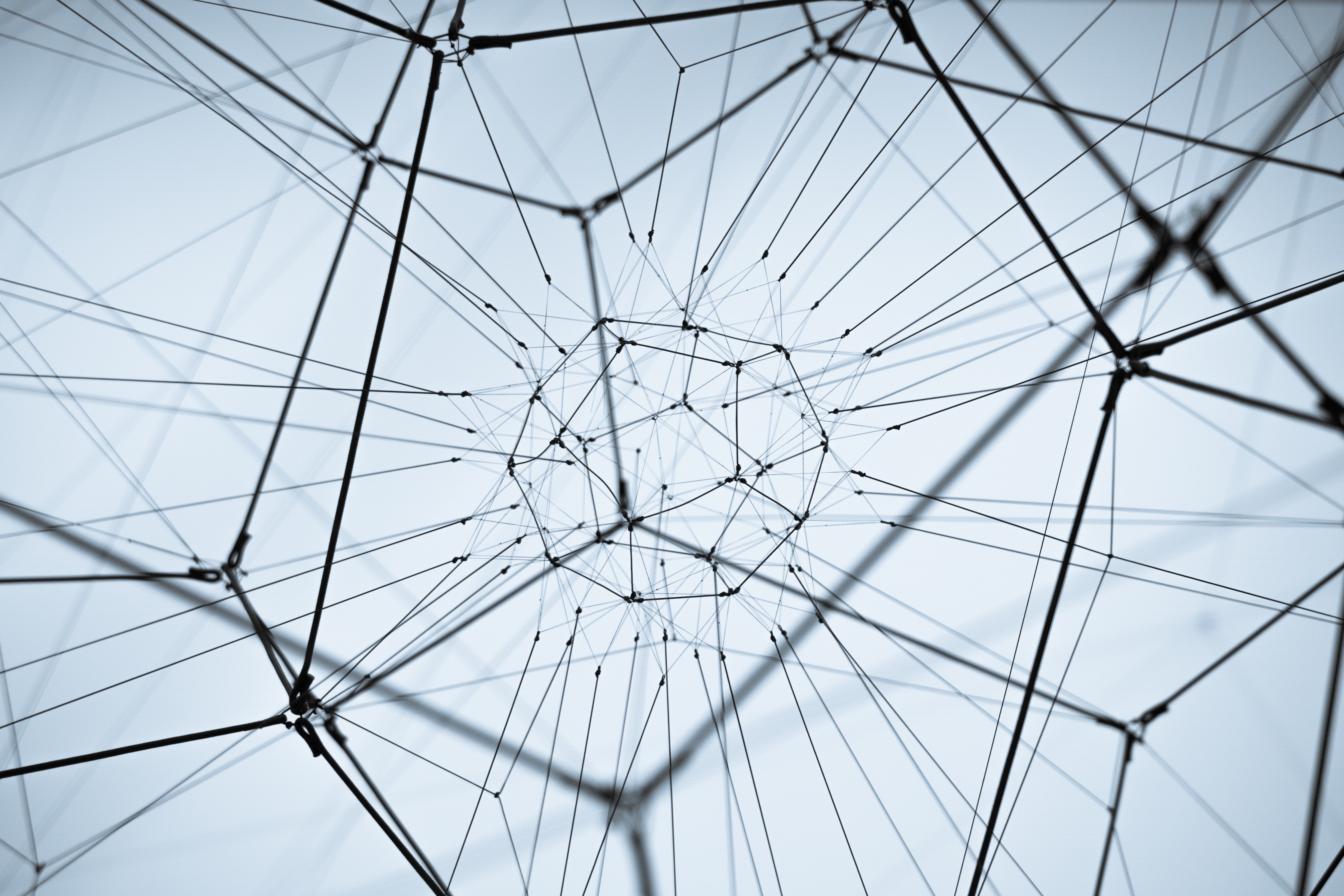 6 WordPress Design Trends That You Should Know

Astonishingly, WordPress powers over a quarter of all the world’s websites. As a result, you have access to a huge range of themes and plugins to choose from. It’s a superior and, perhaps, an overwhelming 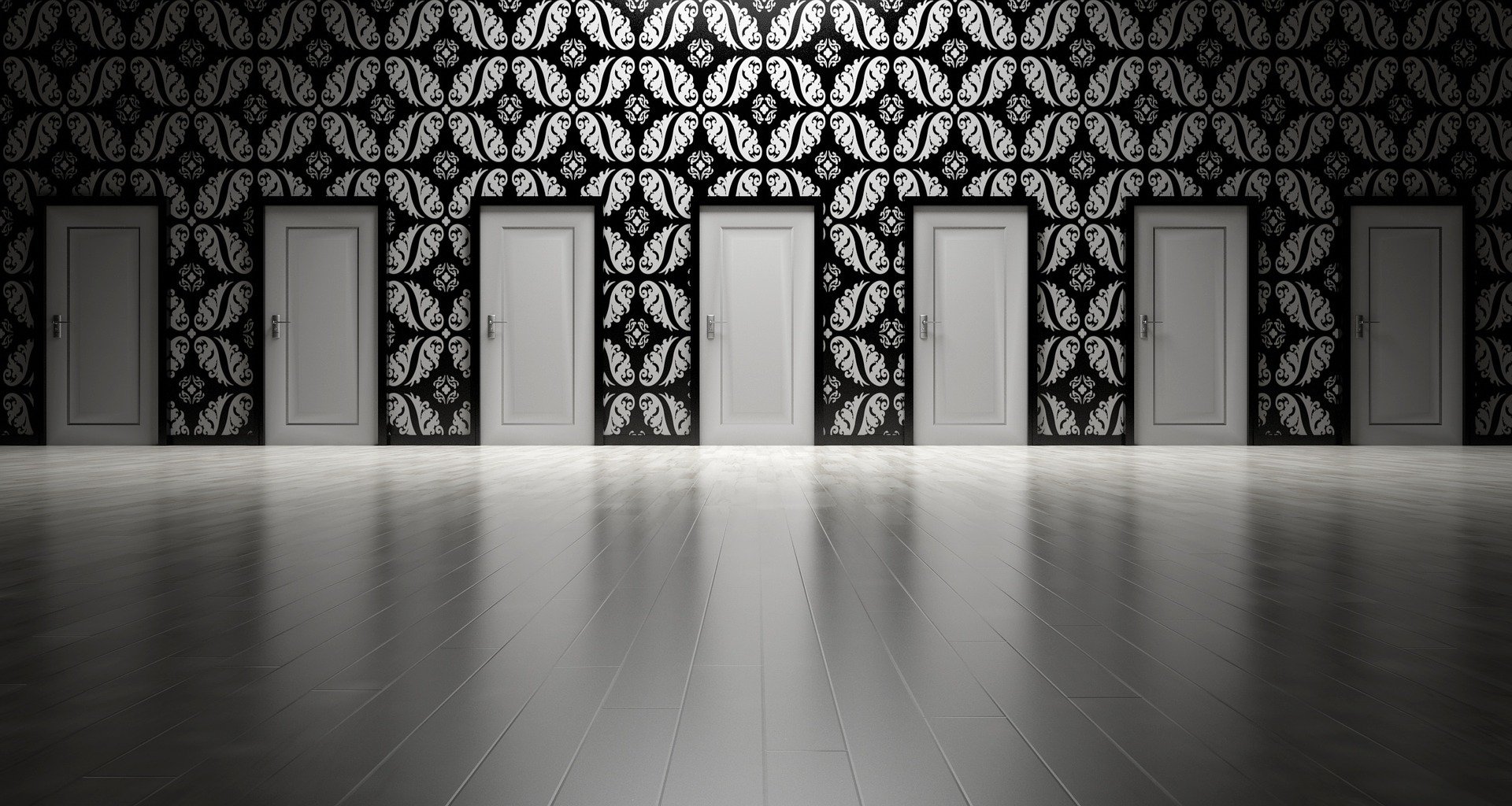 Which CMS Should I Choose To Build My Website?

At Wiredelta® we work with open source content management systems (CMS) on a daily basis. As a result, it’s not going to be a surprise to let you know that whether it is WordPress, Magento, 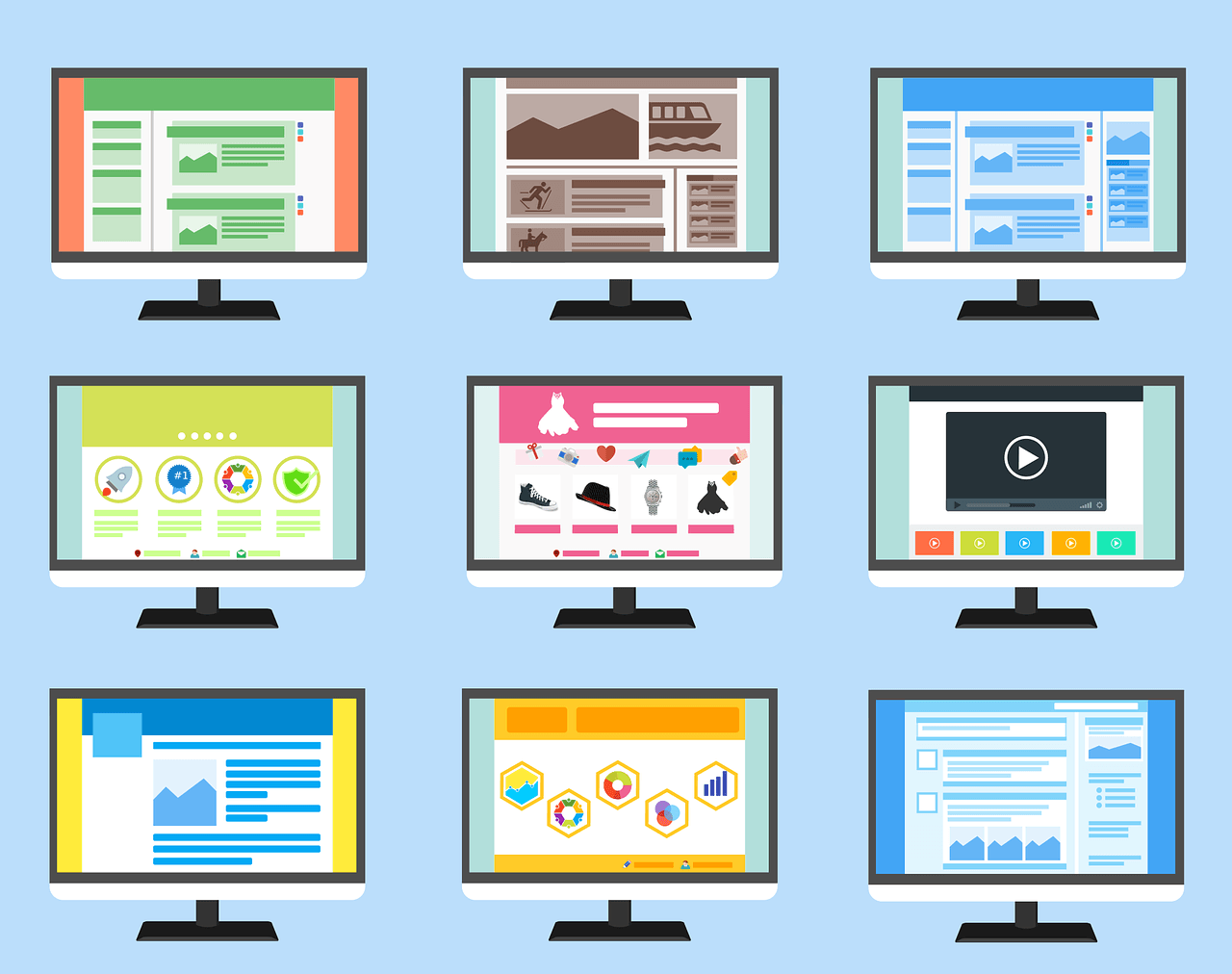 The Ultimate Guide: Wix, Weebly and Squarespace vs. WordPress, Joomla and Drupal

Welcome to the ultimate guide in the wilderness of website builders! To start off, let’s settle on some basic (yet staggering) facts about the website building space: There are approximately 1.5 million websites created every