Top 100 Most Popular Indian Websites (.in) in February 2021 - Wiredelta
Skip to content

Nowadays a company’s website can say a lot about the company itself and that’s why having a functional and user-friendly website has become more than a trend – now it’s a necessity. Thankfully, Wiredelta is back with yet another refreshed report of the 100 most popular Indian websites, this time focusing their rating in February 2021.

In case you’re new to our reports, here’s a short recap – each month we create 6 reports from the world’s largest markets, including the UK market, the Danish market, the global market, and the Fortune 500 websites where we analyze their performance online and their monthly progression.

How do we assess them?

We use Wiredelta’s website checker to perform a website speed test, score mobile compatibility, and determine other crucial factors that affect a website’s score. Using our website checker app, you can do the same with your own or your competitor’s websites.

In this article, we will focus on the most popular Indian websites and what matters the most to the users, as well as some general insights that might surprise you.

Last month, the top 3 Indian websites that earned the highest ranking were NMK, Bajaj Finserv, and Google. However, this month things have changed a bit. Not much, but just a bit.

For one, NMK is still the top contender with an identical score as last month, of 83. However, while in January NMK registered an astonishing loading speed of 0.08s, this month it managed to somehow do the impossible and beat that, registering a lighting-speed of 0.05s!

In second place this month we have Indeed from the Business Services sector with an identical score of 83, but a loading speed of only 0.8s.

Similarly, we see a different third-place contender as well, Vodafone from Telecommunications, which also recorded an 83 score, however, it only reached an average loading speed of 0.9s which “sealed its fate” as the last of our top three Indian websites. 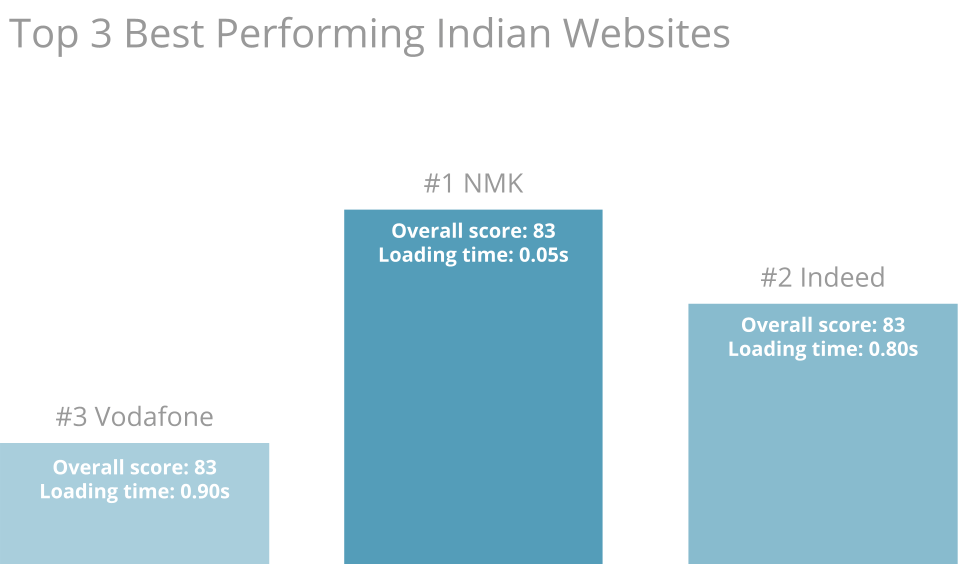 Considering that Google recommends a loading speed of under 1s for mobile and not more than 2s for desktop, all three of these sites are quite well off. However, keep in mind that there are many factors that go into determining loading speeds, so even if your website is not quite as fast, you still have a chance to compete, as the overall score is still manageable through other means.

Nevertheless, both Vodafone and Indeed have seen improvements in their previous scores of 77 and 80 respectively, so the lesson is, work on optimizing your website every single month if you want to stand that chance.

It’s time to look at which industries happen to be the most competitive and the best examples to follow in terms of the high-rankability of a website.

Last month we saw Apparel take first place, followed closely by Technology, while Transportation took the bronze. Things have not changed that much this month, and these scores continue to be the first, second and third best performing sector within the Indian market.

However, Apparel, registered a score of 71.50 last month while in February is jumped up to 72.5. However, we do see a drop in the average speed form 0.49s in January to 0.75s in February. These are still impressive speeds, but the drop in loading times does give us hope.

Similarly, Technology also saw a score increase from almost 70 last month to 70.33 this month while its average loading speed went from 2.14s in January to 2.17s this month. Once more we observe a positive shift in the score, but a negative one in speeds, which makes us think that maybe Indian websites don’t focus as much on speed?

Finally, the Transportation industry appears as the third most successful one once more, with a better loading time than Technology. However, here we see the opposite shift – the loading speed, which in January was 1.5s is now 1.47s but their previous score of 67.14 is now down to 66.20.

In addition to the best performing websites and industries, we do want to share more with you to improve your chances if you are or planning to compete in the Indian market’s digital world.

So let’s take a step back and look at the bigger picture, the total average of the best website in India which will paint you a clear picture of what is considered a high-quality website for this market specifically, and what your business should aim for to join their ranks.

After all, there’s no need to reinvent a wheel, when Google’s expectations for high-quality websites are very clear.

1. Average Website Score in India in February is 62.58, only slightly lower than the January score of 62.64 – a realistic and achievable result for everyone

The average website score defines the standard of the most popular Indian websites and it’s a great implication of what could be the starting point to have a website that would be just as successful.

Luckily, we have great news for you!

From all of our reports, it seems that the Indian market is by far the least competitive. In fact, only Fortune 500 scored are anywhere near the Indian website scores of 62.58, whereas the global market for example registered an average score of 70.08, the UK market reached a score of 70.66, and the German and Danish markets reached similar scores of 68.51 and 68.37 respectively. 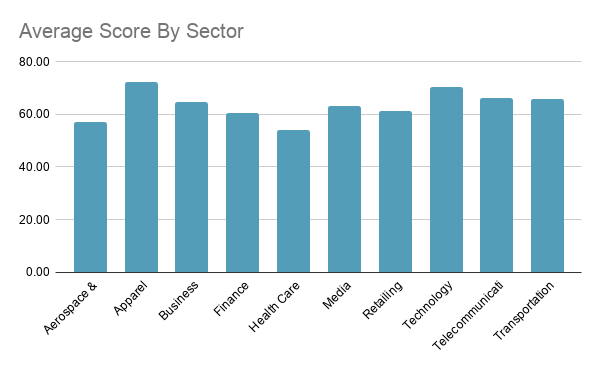 This essentially means that the competition for high-ranking websites is the least concentrated in India increasing your chances not only to appear as one of the best websites in the future but defeating the general competition of websites with low-ranking too.

In order to achieve a higher average website score, remember to optimize your website by making loading time faster, mobile-friendly, and of course by getting the SSL certificate. You can check this and other criteria that improve your website’s score on the previously mentioned Wiredelta’s website checker.

2. Average Load Time in India went down in February from 1.63s to 1.53s – surely, you can do better and surpass the top companies!

Remember the rule of thumb that website visitors won’t wait for a website to load for more than 2-3 seconds?

It appears that despite being the 100 most popular Indian websites, their average load time is not the greatest still, but it is improving. To be more precise, the average loading speed in February is 1.53s, which is an improvement from last month’s 1.63s but still not quite up there with the rest of the markets we analyzed.

There is actually quite a gap compared to f.ex. the global market and the UK market, where the average speed is 0.9s in February, or the Danish and German markets who recorded an approximate 1.30s average loading speed. 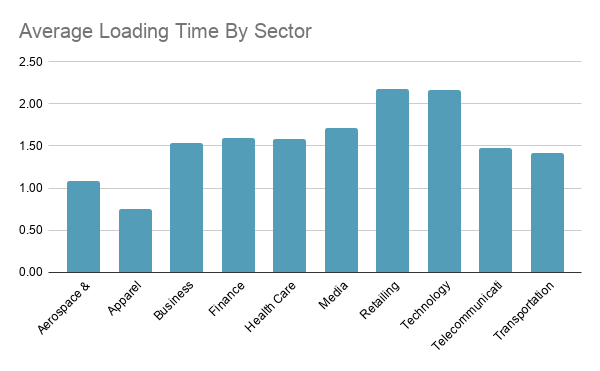 Is it possible that we found a shared weakness of the most popular Indian websites?

While every website is different, the average load time does imply that your website could take advantage of the current situation by making the loading time one of the top priorities and surpassing the websites that haven’t done the same.

In fact, here are some of the things that you could look into to improve your website’s speed: find out if the location of your servers is close to your users where your most traffic comes from. Also, don’t leave out mobile device speed optimization, check and optimize the size and speed of your page.

Another fact worth mentioning is the Apparel industry is not only the website with the highest average website score but the fastest average load time too, which is 0.49s. Accordingly, it’s realistic to assume that a website’s loading time makes a huge difference to the overall ranking.

Finally, if your company is in the industry of Technology, Health Care, or Telecommunications, now is your chance to act and win over their visitors, as the average loading time of all three of them is more than 2 seconds.

3. Almost 10% of the most popular Indian websites don’t have the SSL Certificate

While the majority of the top 100 Indian websites ensured the security of their website and their customer’s information, it’s surprising to see that more than 7% of them haven’t done the same.

Nowadays the SSL certificate is needed more than ever for a few reasons, probably the most important being the fact that if it isn’t encrypted, anyone between the website visitor and the server can “interrupt” and collect sensitive information like usernames and passwords, credit card information, and other.

Moreover, not having the SSL Certificate can make your website appear unreliable and not secure to browse, as the visitors are warned by their browsers, which most of the time drives people away from the website. 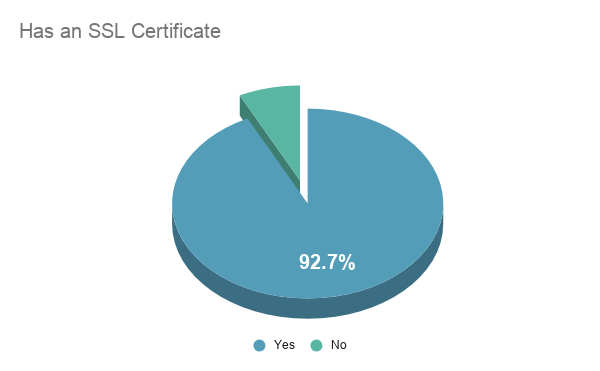 We hope that you found this report useful and believe that it will drive value for your business! Also, there is much more that you can learn in the full report by clicking the button below and adding your email. It’s a present from all of us at Wiredelta and it’s free! 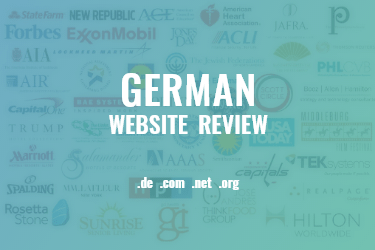 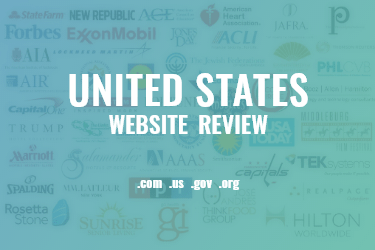 Welcome back to Wiredelta’s most popular websites report! It’s a new month and we have prepared a brand new report for you in January 2021! Even better, today we’re also extremely excited and pleased to 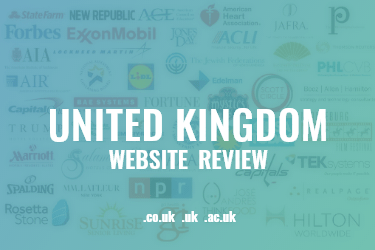 As another month goes by, we are rolling out another update for the top 100 most popular British websites!   Here we will inform you about the most recent changes and updates on businesses from 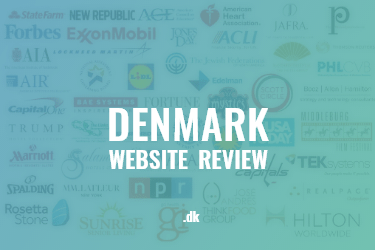 Welcome back to the updated Top 100 Most Popular Danish Websites review, which focuses on how these companies performed online during February 2021. In this report, we will bring you the latest scores, speeds and 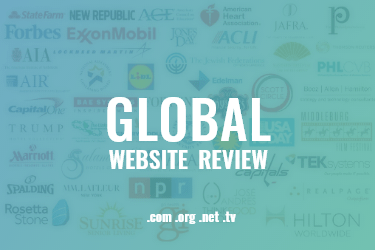 As spring rolled in, we prepared a fresh new batch of reports looking at February 2021 and the analysis of the most popular websites in the world – Global website analysis edition. In this report,

Another month has passed, and we are back with a new top 100 most popular Fortune 500 websites and how they performed in February 2021!   In this report, we take a look at the