Speaking of the future of VR and how VR technology can be used for something other than entertainment, we want to introduce you to our innovative neighbors from MeetinVR. This progressive startup will change the way people organize business meetings by using VR technology.

How does it work?

Well, the great team behind MeetinVR has created different virtual workspaces, where companies can connect their geographically dispersed employees. So, with the help of VR, they can actually meet in a virtual world.

As decentralized offices are a huge trend now, we can safely say that in the nearest future people will meet in VR. And that’s going to be the primary way people will work and connect. Furthermore, MeetinVR helps businesses to optimize office spaces, reduce travel costs, improve decision-making and people’s productivity.

How MeetinVR came to life

MeetinVR is a Copenhagen startup, founded by Cristian Emanuel Anton in 2016. Cristian was at that moment writing his bachelor project on future medical usage of VR technology for CPR training. Soon enough, he realized that VR can be used to create virtual workspaces, where people can meet remotely. That’s how he started working on a sandbox called Dreamspace, which in the end resulted in the establishment of the startup company, MeetinVR.

The future of business meetings

MeetinVR helps businesses organize virtual meetings at a whole new level. Most of us use services like Skype, Google Hangouts or Appear.in, whenever we have an online meeting. However, MeetinVR goes further than conventional video conference solutions. It provides you with productivity tools that bring your team in the same room, wherever they are. Virtually, we mean. 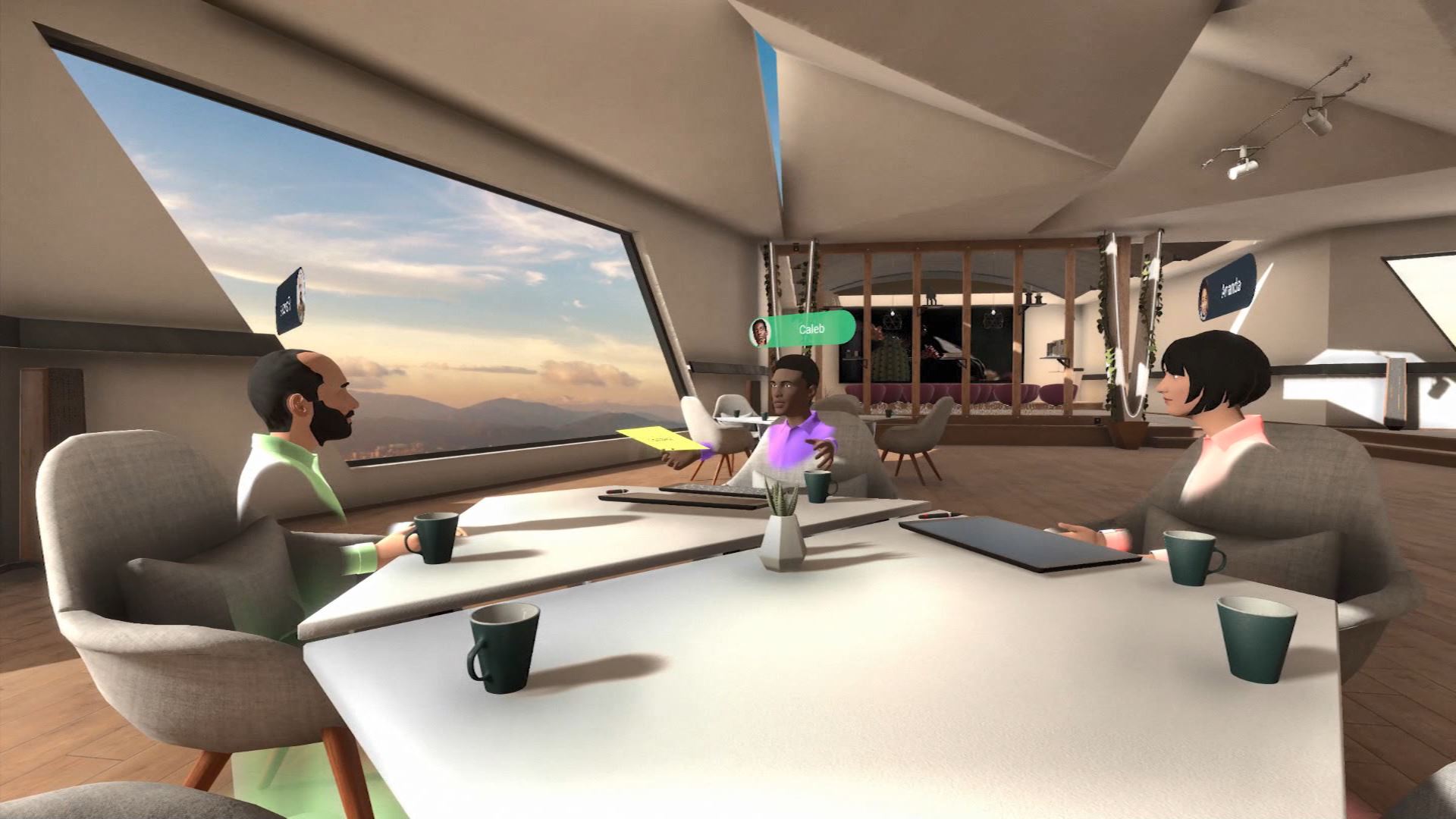 Here, a team has the choice of several different environments some replicating a traditional meeting room, some bringing the meeting in space! Additionally, the app is connected to a web portal which allows you to upload files, organize and share them with your colleagues.

The VR platform is built using C#, a multipurpose popular programming language, and uses 3D modeling made in Unity. This combination doesn’t come as a surprise as, the two technologies are often used together for game development. Also, Unity is widely used for VR gaming. In fact, 90% of all Samsung Gear and 53% of all Oculus Rift VR games are developed with Unity.

Using Unity, the team created customizable life-like avatars for you and your team. Not only that the avatar will look like you and your team, but it also creates a familiar feeling that enhances the almost real experience. Just look at this amazing example below. Impressive, isn’t it? 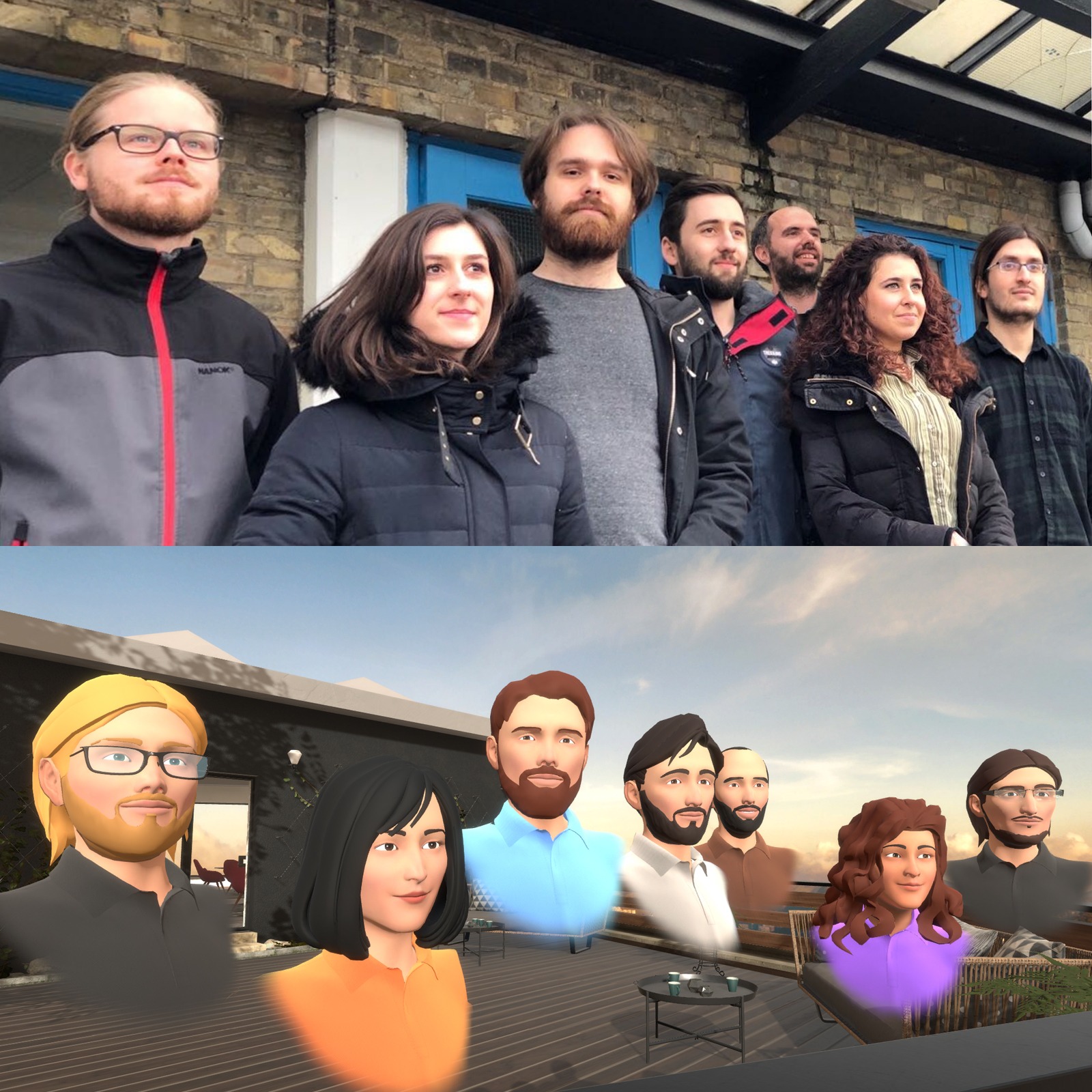 The MeetinVR app is compatible with a wide range of VR headsets. For example, it is compatible with the HTC Vive, HTC Vive Focus, Oculus Rift, Oculus Quest and Go, Windows Mixed Reality, and more. However, as the team behind MeetinVR understands that businesses want a hassle-free solution. So, they recommend using a standalone headsets. No cables, no sensors mounted on walls, no space confinement, no laptop! In fact that is the best part, with standalone VR sets you don’t need a VR ready laptop. What you need is just a standalone headset. Call it a “VR-on-the-go setup”.

Have you ever tried typing in VR? It is a nightmare, as the controllers only allow typing one letter at a time. Kind of like how your grandfather types with only one finger. But fear not, MeetinVR is coming with a solution. The team is now making the final touches of their speech-to-text solution which comes in the form of a virtual smart watch.

Needless to say that we are excited to see what MeetinVR has in store for us next. So, if you are interested to learn more about this awesome tool, book a meeting with the MeetinVR team or catch them at TechBBQ this September. 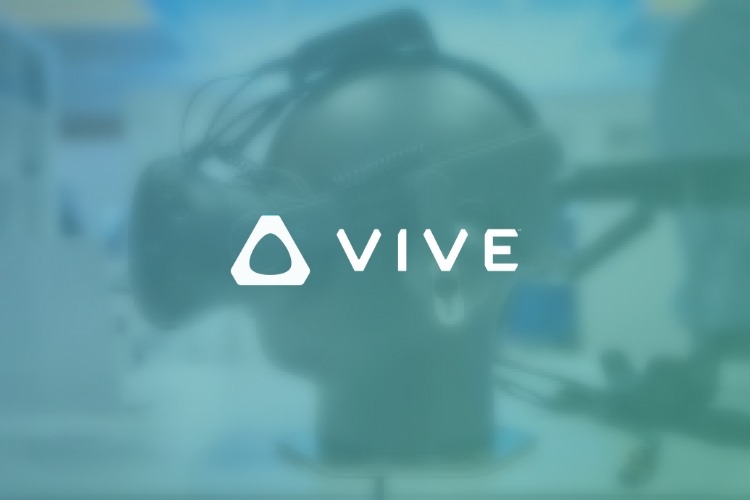 HTC Vive Headsets and the Future of VR

Recently we presented you with two approaches to VR, the Oculus Quest & Nintendo Labo VR. With HTC announcing the formation of a new business unit, VIVE Enterprise Solutions, as well as more and more