Websites are the first point-of-contact of brands with the audience. It is mandatory to have a visually appealing and informatically satisfying website for the conversion of visitors into customers. The process of building such webpages, basically the front end of the website, is known as web designing.

However, web designing is not a solo concept. There are certain intricacies involved, such as UI and UX. Here is an article that depicts their in-depth details.

Web designing comprises designing a web page from scratch. It includes setting up layout configuration, graphic design, text sequence, themes, color palettes, fonts, and designing everything that a user visualizes on the website. It is the front-end design, excluding the coding part.

Web designing is a very crucial job. It plays an integral role in generating leads for a brand because it is through websites that they reflect their motives, visions, and marketing goals. It depends on the competency of the web designer to create adaptive or responsive websites; the better structured the format, the higher the conversion rates that begets.

Ten years ago, web designing was an extensive task. However, today it’s a skill that can be honed by anyone with interest. Website development tools and platforms have eased website building, allowing SMBs to increase their online presence without digging a hole in their pockets.

Websites are currently the strongest tools for digital marketing. Therefore, SMBs should seek a web designer’s input on website UX UI issuesfor increasing their traffic in the longer run.

User experience is a subset of web designing. As the name says, it precisely deals with easing users’ experience while navigating through the website. It includes designing the website’s prototype, the basic skeleton, and the proof-of-concept.

Often, UX is taken into consideration for the development of digital tools like mobile applications and websites. However, it’s a wide arena that deals with designing the feel of any product that will be used by humans.

Researching, brainstorming, conceptualizing, and then assembling the core of a product according to the needs of the consumers are some of the prime roles of a UX designer.

For example, during the development of a bicycle, it is on the UX designer’s part to understand the design of the cycle seat for maximum comfort and minimal ergonomics issues for the rider. While developing a bottle, UX will involve the time taken to close the cap because these are small details that determine the user’s experience while developing a product.

Unlike UX, UI is a completely digital aspect. It is the user interface that aids in transforming a brand’s pursuits into visual goals.

UI deals with creating digital products such as websites and software in a manner that maximizes their usability and minimizes the obstacles involved in opting for them. For example, previously, users had to enter a 4-5 digit passcode for unlocking their mobile phones. However, now with the introduction of the finger phone unlocking system, it is a task completed in seconds.

Graphic UI, voice UI, natural language UI, and command UI are some of the many forms of UI that implement the same goal via different techniques. For a website, UI decides the typography, button figures, and sizes, image placement, navigation efficiency, visual competency, and loading time.

Customer satisfaction is the dictum of a successful product. Therefore, to improvise a website’s performance, the investigation is necessary by consulting professional web designers alongside UI and UX experts. 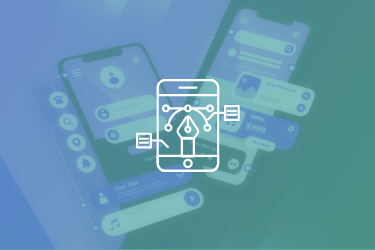 As a business owner, you don’t need us to tell you that customers are at the centre of your success. And, just like with any product or service, when creating a website or an app 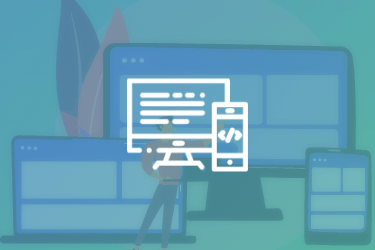 How Can Responsive Web Design Be A Part Of Your Digital Marketing Strategy?

With the growing market of smartphones, tablets, and other mobile devices, responsive web design has become a vital part of developing digital marketing strategies. But, web design trends change every year and companies must adapt 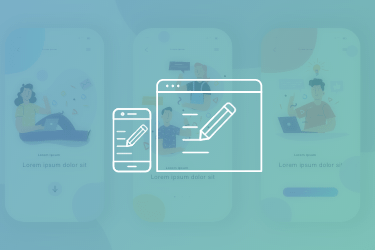 Do I Need To Update My User Interface Or UI Design?

As a business owner running your operations online, you already know that users buy with their eyes. And your website, like a physical store, must be clean, well-kept, aesthetically pleasing, and modern for people to 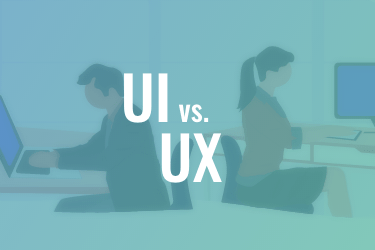 What are the differences between UI and UX design in Layman’s terms?

Have you ever coincidentally overheard random conversations where the people involved use words like UX of a product or the bad UI of a website? If you feel unfamiliar with design slang, don’t worry, we

There’s a lot of confusion around the difference between web development and web design.  It’s true they sound similar and there may even be some similarities. However, they are almost completely different even though they

Prototyping has now aligned itself with our lives. A good prototyping tool can help convey your impression, create a bond between you and your clients, and in return, the work becomes much easier and faster