Wiredelta & Letitree - Speak to the world | Wiredelta
Skip to content

Humans are social beings with an innate need to communicate with each other. In an increasingly globalized world, language often presents a barrier to communication.

This statistic shows that those within the EU want to speak to the world in other languages than their native language. Letitree is a mobile app that was created for this specific purpose. Letitree knows how much we want to speak with and learn about others through language, so the company set out to unite the globe byways of communicating.

Disclaimer: The information and screenshots presented below reflect the website and/or application at the moment of its publication. Wiredelta does not have a maintenance agreement in place with this client, therefore all changes and updates that occurred after this date have been made by the client.

There are many online apps and websites that aim to help people understand or learn a new language. Two examples of such apps are Duolingo and Google Translate. Duolingo creates goals for users and uses a step-by-step learning approach. Google translate, however, is an online dictionary. Letitree needs to set itself apart from the competition and find a different and new way to approach users. Therefore, Letitree reached out to Wiredelta® for help.

In order to help Letitree, Wiredelta first created a beautiful and meaningful logo to represent the client brand.

Next, the web development team used PhoneGap to create a block-note-like app in which users can save words they learn. The app requires authentication and existing users log in with their username or password. New users need to sign up and provide an email address to create a profile. The profile will not hold information about the user. 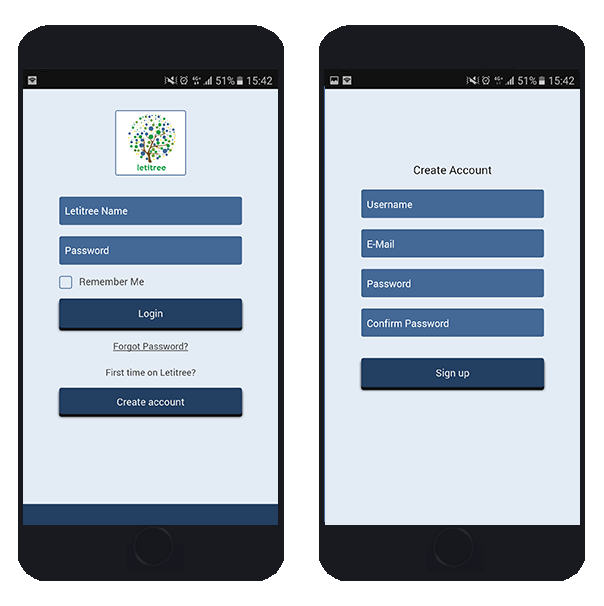 Once inside the app, the user experience is designed to be simple and organized. In the main menu, users can enter a new translation, create a new “box” or look at existing boxes. The boxes represent categories of words, such as animals, objects, etc. This means that once a user learns a new word, they open the app and register it and its translation. Afterwards, they select a category where that word will be stored. They can select from existing boxes or create a new one. These boxes are also editable, so users can always go back and reorganize them. 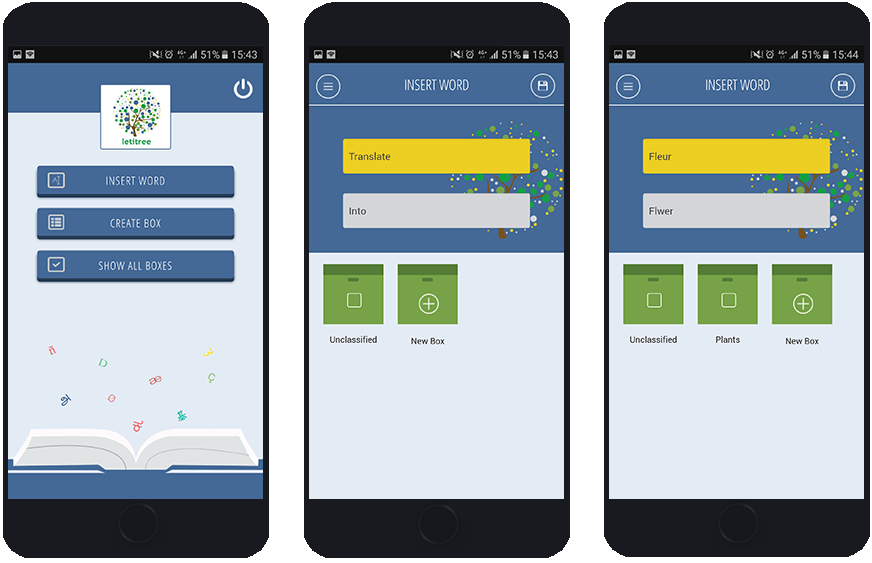 This allows users to learn at their own pace. Moreover, they have access to what they recorded so far in a clear and coordinated manner. This means that they can always go back and look for words and it will be easy for them to find what they are looking for. The app also features a side menu to ease the user’s journey even more. One does not need to go back or look for a specific section in the app to do something. These side menus allow users to do anything they want from the section they are in. 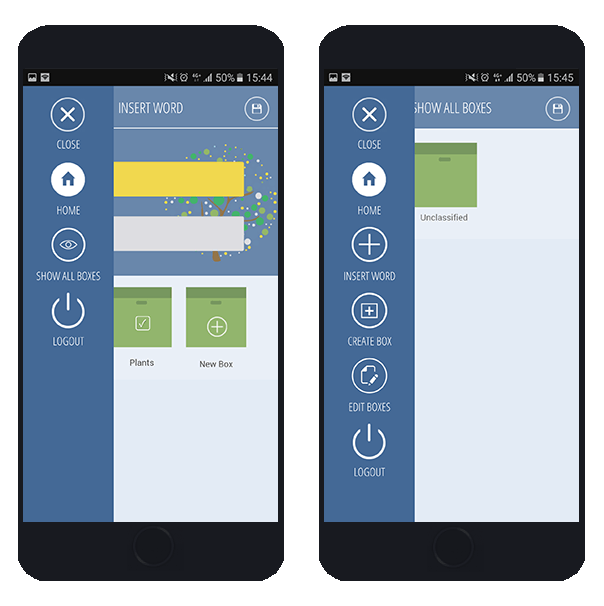 The most important feature of this app is that it works offline. This means that users have access to their own personal dictionary at all times. Not only they learn a new language, but they can also use it even if they lack a network connection.

The app is now in alpha version and is only compatible with Android. After the launch of the app, there will also be an iOS version. However, since the app is still in test phase it cannot be found in Google’s Play Store or Apple’s App Store.

After the launch of the Android app, an iOS-compatible version will follow shortly after. However, this is not the only future implementation Wiredelta has in store for Letitree.

A second and very important future implementation is the Facebook login feature. This feature implies several improvements. First, users will no longer need to sign up. They will be able to use their existing Facebook profiles for authentication. Secondly, by logging in through Facebook, users will also have information about themselves on their profiles.

Finally, the Facebook profile authentication will make it possible to share words. You will learn to speak to the world and be an example for your friends.

Letitree wants to help people communicate and learn new languages. With Wiredelta’s help, they started the journey towards their goal. If you also want to change the world and need a mobile app, Wiredelta can help you too.

Check out our packages or you can chat with us anytime by clicking on the messenger button in the bottom-right of the page. Also, check out everything you need to know about building a mobile application, on our website.