We raised our first round of funding. Champagne!!!

The cliche catch-phrase “you only raise money when you don’t need it” couldn’t be more true. Wiredelta has grown tremendously since we set out in 2013 to transform volatile ideas into rock-solid digital products. Today, we work with some of the most ambitious companies we can think of – both startups and grownups! It has been a heck of a ride, and as someone that was there from the start, working (and sleeping) out of bean bags with nothing to show for but a little bit of wit and perhaps also a bit of smarts, we managed to go from an agency operating in a garage to a digital agency providing web and mobile applications to clients in more than ten different countries.

We are super excited to have joining our journey the first investor in Wiredelta, Kim Schrøder. Kim has been working with technology and digital services for the past more than 20 years. First as European CIO for Arthur Andersen, and later as CEO in his own company, Advis, which he scaled from 4 to 265 employees and eventually got acquired by Intrum Justitia AB. Thus, Kim is the perfect match for Wiredelta, finding itself at a stage to go from success to mega-success.

So why did we seek out to raise funding? Fair question. Wiredelta has been a profitable company since incorporation, so we didn’t need to raise money. The argument for taking a cash injection can be broken down into three components:

If there is one thing that is more true than the sun rising tomorrow, it’s that agencies are consolidating. What has been happening consistently since we set out to create the best digital agency in the world, is that consolidation of digital agencies have been happening at an accelerating pace. Bigger fish became sharks, and smaller fish got eaten every day. Since we never set out to create a company that we would then sell a few years later, our strategy has always been driven by long-term value over short-term gains.

At the same time, Wiredelta shouldn’t try to be everything for everybody, typically ending up being nothing for nobody. We wanted to be world champions at what we do best – building web and mobile applications – and do it at a global scale. Ultimately, this has now lead us to raise money in order to execute this strategy.

We cannot wait to tell you more about the initiatives we are taking to partner up and ultimately create the best digital agency that organisations big as small can tap into and build outstanding web and mobile applications. 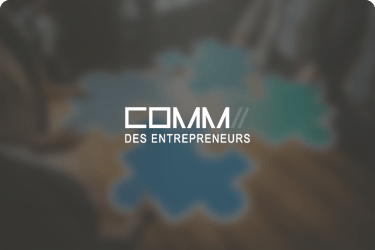 Comm des Entrepreneurs (CDE) was founded in Paris back in 2012. The company helps clients connect with suppliers for their businesses by assisting them to reach their goals with their products.   CDE offers strategic